Can the European Union Finally Become A Global Power? 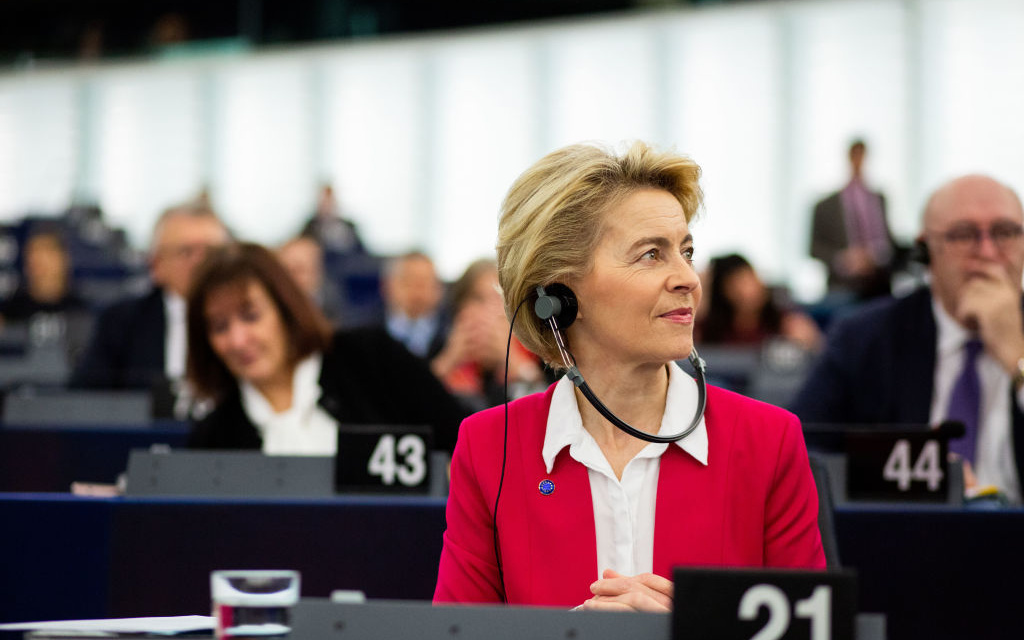 Can the European Union ever establish its “strategic autonomy” for a positive influence in international affairs?

Professor Amelia Hadfield, Director of the Centre for Britain and Europe at the University of Surrey, addresses the question in conversation with EU!Radio.

We all know that President Macron is very keen on developing the “strategic autonomy of the European Union. But can the EU actually become a credible geopolitical actor in its own right?

It’s an age-old question, but the answers are never the same.

The EU has certainly not been short of historic or recent challenges. From perennial East-West tensions to the most serious pandemic of recent times, from security, social and economic upheaval across its neighbourhood to climate change, from the West’s withdrawal from Afghanistan to challenges with China – each subsequent crisis affects EU stability and can swiftly and ruthlessly expose both the potential and limitations of the EU’s ability to be a viable geopolitical actor.

But the issue appears more pressing than before, doesn’t it?

One thing is sure, the EU’s time is now or never.

Being an authentic global participant means influencing the current international order by sustainably implementing European strategic autonomy in the right places, using the right tools, for the right reasons. Waiting for transatlantic approval or even support for various security and defence initiatives is a recipe for continued paralysis.

So what are the opportunities and challenges in the years to come?

Typically for all things EU, there is good news and bad.

The good news is that key Member States and Presidencies seem determined to back a ‘new and improved’ EU strategic autonomy package, allowing the EU to act independently on a regional and global scale. The objective is both to ensure its authority in alliance with others, and – crucially – in the absence of those allies, or to counter a challenge at odds with Europe’s values and interests.

The bad news is a combination of too many varied participants, resulting in a watered down, rather than ambitious approach, with ongoing questions as to the desired ‘look’, methods, and general point of this much-anticipated form of autonomy. Anxieties here range from the scope of EU’s hard-soft power spectrum to relations with the US, from budgets to the practicalities of administering EU values with bilateral and multilateral forums.

So how could EU strategic autonomy get off the ground?

Complete consensus is never possible, and to work in practice, EU foreign policy is in critical need of majoritarian-style (QMV) decision-making, not veto-based inertia. It is still possible to be broadly unified in purpose, and adhere to core values, even while containing internal disagreements.

In a nutshell, strategic autonomy allows the EU to consolidate key areas where it is already a global leader, and those areas where it is now an emerging force. This will help ensure that EU values and interests prevail in critical areas, allowing the EU to lead by carrying out its own foreign policy. In areas where the EU is less of a key player, it needs to decide whether it can or ought to participate.

Hard choices lie ahead. Overall, EU strategic autonomy in 2022 means carving out a critical path by which the EU speaks, acts and influences as a whole.

The EU will need to avoid misguided attempts, failing to spot the crucial urgency for the EU to re-organise its own approach the global order, and losing the opportunity to lead on its key values and interests (by indulging in paper-based, budget-free cheerleading).

What is needed is that EU leaders must show commitment to the agenda. President Emmanuel Macron has made clear three priorities for the current French Council Presidency: reforming the border-free Schengen area, demanding enhanced European defence, and a revamped “European model”.

In doing so, Macron is advocating a robust concept of EU sovereignty, one designed to “move from a Europe of cooperation within our borders to a powerful Europe in the world, fully sovereign, free to make its own choices and master of its own destiny”. Macron is clear that “the spirit of responsibility” and not continual disagreement and apathy should kick-start EU strategic autonomy, from big-ticket projects to a renewed sense of European integration.