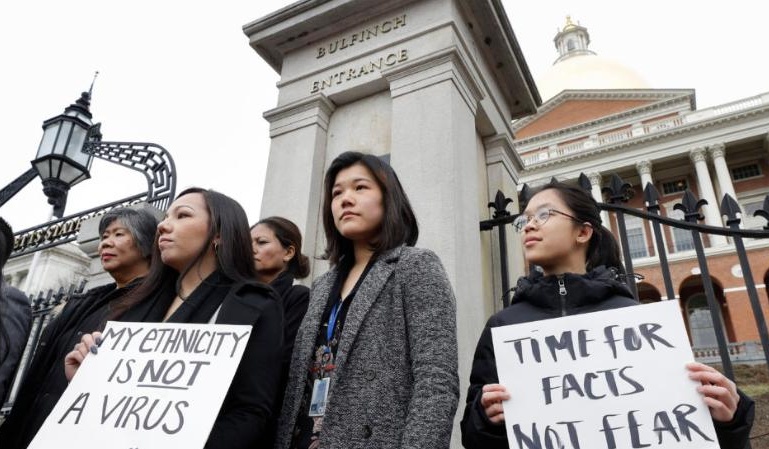 In May, two Asian women, aged 84 and 63, were stabbed in broad daylight in San Francisco’s
bustling Bay Area.

The women were standing at a bus stop on Market Street with about 15 other people when a man approached with a large knife. A vendor watched from her stall as the man swung the knife,bringing the pair to their knees amid the stuffing from their coats. They were rushed to hospital with multiple stab wounds, which were not life-threatening.

A 54 year-old male was arrested shortly after the attack. His motives were never determined, but
the assault sent shock waves through a city where racial attacks are being reported each day and a
hotline set up to log the mounting violence. Volunteers rallied to form the United PeaceCollaborative, patrolling Chinatown to reassure shop owners and pedestrians.

Targeting of Asian Americans is not new. In 1871, 10% of Los Angeles’ Chinese residents were slain by vigilantes. The massacre was sparked by a domestic incident in which the accusations of a white woman were directed at the male Chinese population.

Violence and segregation continued through the crackdown on Asian immigration. From 1942 to 1945, Japanese-Americans were put into internment camps.

Almost 80 years later, anti-Asian sentiment takes a different form. Lynchings, looting, and campsmay no longer be the instruments. Instead, abuse works its way through the 21st-century media environment.

On January 9, 2020, the World Health Organisation announced the circulation of a new virus Covid-19. The first cases were documented in Wuhan, China. Soon there were victims in Thailand, Japan, and beyond. On January 21, the first case was reported in the US.

As global travel was restricted and containment measures were implemented, images of Wuhan street markets flooded TV screens. They fed blame and racially-charged, frequently in political circles. In March 2020, Donald Trump began referring to Covid-19 as “Chinese flu”, “Chinese virus”, and “kung flu”. Asian Americans responded, “I am not a virus.”

More than a year later, President Joe Biden set the tone to reject the hostile rhetoric and
discrimination, “Hate has no place in America.” He signed the COVID-19 Hate Crimes Act after passage in the House by 364-62 and in the Senate by 94-1.

But the spike in hate crimes and fear in the Asian American community continues, with women “doubly marginalized” by violence directed against them. STOP APPI HATE CRIME records that Asian women are 2.2 times more likely than men to be victims. Many are refused entry into the US, on the presumption that they intend to work in the sex industry, a throwback to the 1850s when the
morals of female Asian immigrants ere questioned.

In March, a gunman, Robert Aaron Long, entered three spas in metropolitan Atlanta and opened fire. Of the eight victims, six were females of Asian descent. Long claimed a “sex addiction”, viewing the spa as a lurid site of temptation associated with deviant women.

He is unlikely to be alone. In March 2021, 65% of hate crime reports were filed by female victims.

What Can Be Done?

The Asian American community is being used as a scapegoat in the US for the virus. Racially-charged language is amplified through mass disinformation which floods media platforms.

For this narrative to change, provocative language, particularly that used in political spheres and on social media, needs to be confronted and stopped. COVID-19 is not a conspiracy theory; however, each day the media is consumed by conspiracy theories which distort the facts around the pandemic.

Those facts need to be re-established. While the origins of the virus continue to be debated, the necessity is for an open mind to make informed decision, as the White House’s Coronavirus advisor Dr Anthony Fauci has emphasized.

It is crucial that speculations do not replace facts in the media landscape, as they prop up anti-Asian sentiment. It is essential to highlight that Asian Americans are not part of the Chinese State. Political actors, from Donald Trump to Xi Jinping, must be relegated in discussion — because we cannot politicize and racialize a virus. 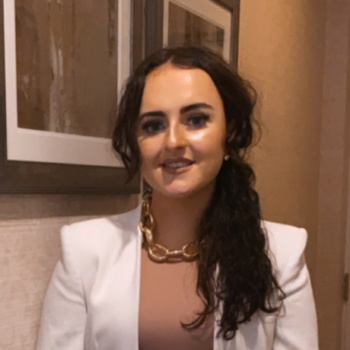 Caoimhe Mahon is an MA student in the Clinton Institute at University College Dublin, studying Media and International Conflict. She has a BA degree in English literature and History at UCD.