EA on TRT World and Radio FM4: The Elections From Virginia to New York City 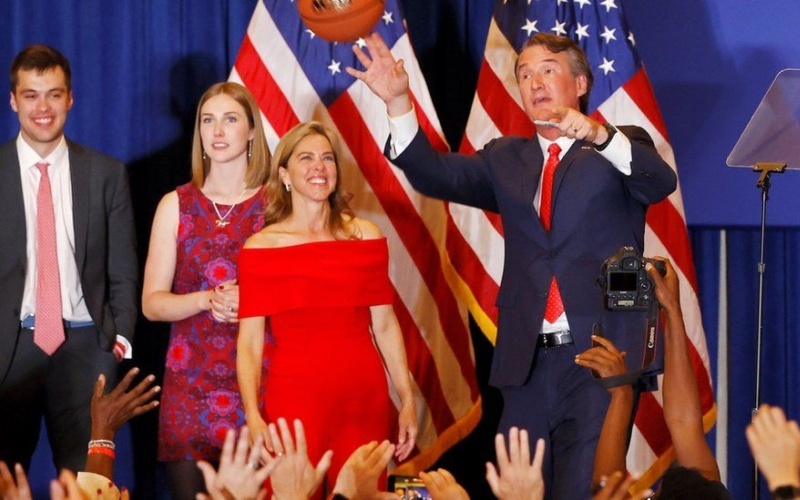 Glen Youngkin, Republican candidate for Virginia Governor, celebrates victory with his family at a party in Chantilly, November 2, 2021 (Reuters)

I spoke further with Turkey’s TRT World on Wednesday about the significance of Republican candidate Glen Youngkin’s victory in the Virginia Governor’s election.

This was an election dominated not by a discussion of core economic and social issues, but by a lie and distortion about “culture wars” destroying Virginia’s education.

Why is this significant beyond Virginia? The Biden legislation for infrastructure and a historic budget which has been stalled because of Republican obstruction and two Democratic Senators. In the absence of that, what fills the vacuum is Donald Trump’s rhetoric of a mythical culture war by enemies within America.

ORIGINAL ENTRY, NOV 3: I joined Austria’s Radio FM4 on Wednesday to analyze the outcome of two elections in the US: the Governor’s race in Virginia and the contest for New York City Mayor.

I begin with concern from Virginia, after the GOP’s Glen Youngkin used distortion and falsehoods about “culture wars” and “critical race theory” — Trumpian tactics without mentioning Donald Trump — to claim the Governor’s mansion.

By invoking this academic scholarship of “critical race theory” as some sort of enemy movement, Youngkin was able to mobilize a lot of voters.

The narrative was shaped not by America trying to move forward, after the disruptions of the last few years, but American stepping back and embracing the “culture wars” that Donald Trump invoked on July 4, 2020 in front of Mount Rushmore.

Then I glance at the US’s largest city, where former police officer and Brooklyn borough President Eric Adams triumphed, to see if more positive consequences can be anticipated.

Can New York City find a way forward which gets beyond the division, the confrontation, and the polarization that has paralyzed so much of American politics and set it back?