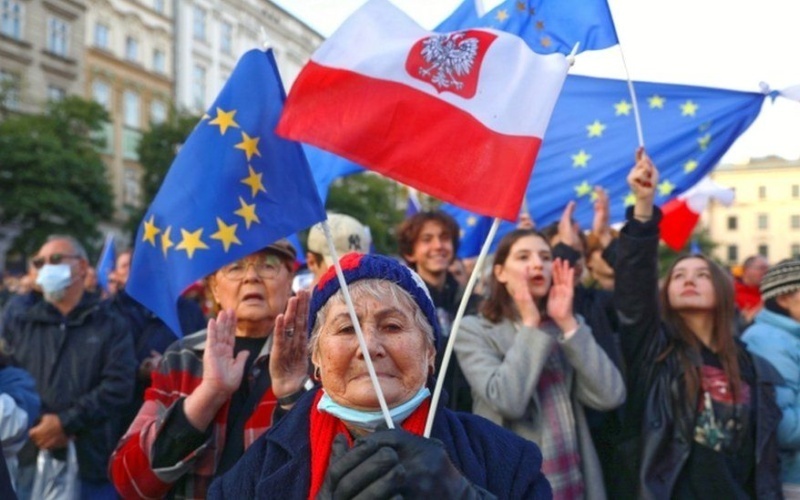 A Polish rally in support of the European Union (EPA)

An ongoing dispute between the European Union and Poland over its government’s apparent lack of respect for democratic values has raised the question of whether Poland could follow the UK in leaving the EU.

The reality, however, is that this is incredibly unlikely. Polish citizens strongly support the EU. They generally take a very rational approach to this issue and recognise that Poland and Polish people on an individual level have largely benefited from joining the EU. The EU can suspend rights, but cannot expel a member state.

Other EU member states are divided over what to do about Poland several years after the Law and Justice Party (PiS) began making changes to the Polish legal system. The EU has repeatedly warned that many of these changes infringe on the independence of judges and are incompatible with EU values. The European Court of Justice has ruled that a disciplinary chamber for judges set up by the Polish government has violated EU law and while the Polish government has promised to dissolve it, that has not yet happened. Now the European Commission is fining Poland €1 million per day for failing to comply with the ruling – and Poland is refusing to pay.

In Poland there is a mismatch between what the general public thinks about the EU and the path political elites have pursued. Leaders have been antagonistic in recent years in their dealings with Brussels. Prime Minister Mateusz Morawiecki warned that if the EU “starts the third world war” by issuing financial sanctions over the rule of law dispute, he would “defend our rights with any weapons which are at our disposal”.

The PiS was unenthusiastic about Europe, if not entirely Euro-sceptic when it came to power. But many years since have been spent battling Brussels, within a public which is overwhelmingly supportive of the EU.

So fears of a “Polexit” are not actually borne of public opinion. The Polish electorate is not set to follow the British example and vote to leave. Instead, the debate is happening at the top level of politics – between the governments of Poland and Hungary on one side and the European Union on the other.

Poland and Hungary joined the EU in 2004 but have both since suffered from democratic decline. In Poland, the leader of Euro-sceptic party PiS, Jarosław Kaczyński, has been inspired by Hungarian leader Viktor Orbán’s brand of “illiberal democracy”.

All the while, support for the EU among the general public in Poland has remained stable, standing at around 88% in December 2020. It has never dipped below 72% since Poland joined the EU.

A recent analysis of the Polish case suggests this slide away from democracy is not something voters support either – rather it is an abuse of power that leaders have pursued of their own accord once they secured their positions, capitalizing on a conservative vote based on the defense of traditional, family values.

“The Time for Dialogue is Over”

The EU has long lacked the tools needed to stop member states sliding into autocracy if their governments will it.. Yet the EU still has the power to withhold certain funding, including for agricultural subsidies and infrastructure, if a member state is not upholding European values. In this case, it has warned Poland that COVID recovery funds will be withheld if the recent decision from the Polish Constitutional Tribunal is upheld.

The EU’s cautious attitude so far has left the PiS government feeling emboldened to carry on abusing the rule of law. A recent meeting of European leaders has not provided an answer to the problem. On top of the rule of law problems, Polish lawmakers are also currently debating a bill banning LGBTQ pride parades, with a speech in the parliament comparing LGBT rights movement to Nazism.

The European Commission cannot remain inactive. Otherwise it will set a precedent that EU members can pick and choose which binding EU laws they adhere to and which they ignore. The Commission can act unilaterally to suspend payments to Poland and it should do so now.

The current plan is to unlock the first tranche of COVID recovery funding, worth €36 billion, only when changes have been made to the Polish judicial system. Will it work? Poland seems to have already responded to the European Commission by suspending a judge (the eighth to fall foul of the tribunal). She was suspended for asking preliminary questions to the European Court of Justice and for applying EU law.

With this act, Poland is making it clear that it intends to continue on its chosen path. The time for dialogue is definitely over. 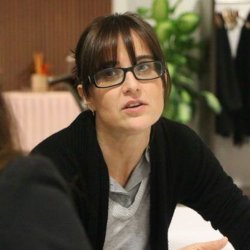 Dr Simona Guerra is Senior Lecturer in Comparative Politics at the University of Surrey. Her main research interests focus on public Euroscepticism, politics and religion, Central and Eastern European politics, and corruption and informality.