Criminal Investigation Escalates Into Trump-Giuliani Scheme Over Ukraine and Biden 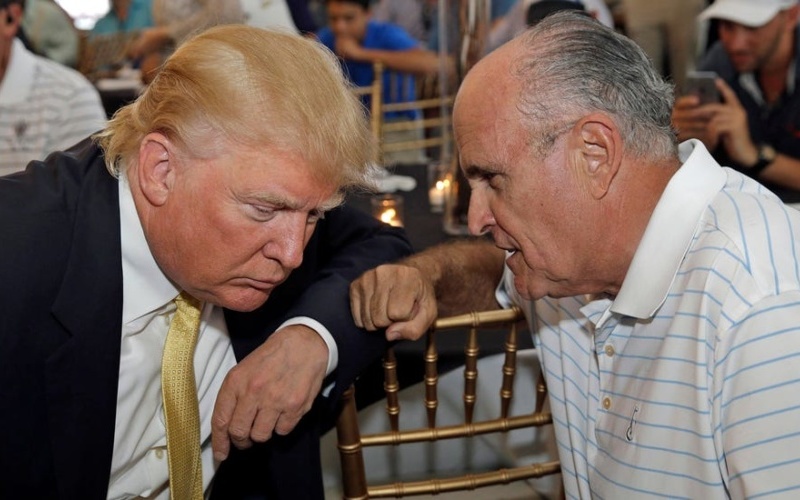 The criminal investigation of the Trump-Giuliani scheme over Ukraine, seeking financial and political benefits, is escalating.

The federal inquiry is examining the alleged awards of contracts by three Ukrainian Government prosecutors in spring 2019 to Donald Trump’s attorney Rudy Giuliani and his associates, lawyers Victoria Toensing and Joe DiGenova. The transactions would have violated transparency laws that require Americans working for foreign governments or interests to register as foreign agents with the Justice Department,, and to disclose details of all activity on behalf of foreign interests.

Prosecutors in the Southern District in New York have compiled a list of more than two dozen specific acts by Giuliani, Toensing, and DiGenova which may have aided the group of Ukrainian prosecutors and political factions, according to sources.

The activity overlapped with Giuliani’s campaign, which began in November 2018, to gather and disseminate disinformation to undermine Democratic Presidential candidate Joe Biden. In one plan, devised by Ukrainian Prosecutor General Yuriy Lutsenko and approved by Giuliani, an investigation of Joe Biden and his son Hunter — a board member of Ukraine’s largest private gas company Burisma — would be announced.

The plan was exposed with the revelation of a July 2019 phone call in which Trump asked Ukrainian President Volodymyr Zelenskiy to announce the inquiry into the Bidens. Trump backed up the request with the freezing of military aid to Kyiv.

The Trump-Giuliani effort led to Trump’s impeachment in January 2020; however, Trump escaped removal from office because of the protection of almost all Republican senators.

Lutsenko was reportedly instrumental in awarding hundreds of thousands of dollars in legal retainers to Giuliani and to Toensing and DiGenova, who are husband and wife. The arrangement was unsettled when Zelensky unexpectedly won the Presidency in April 2019.

Trump’s attempt to revive the initiatives was curbed by a whistleblower who revealed the call to Zelenskiy, and Lutsenko was fired by the Ukrainian Parliament at the end of August 2019.

The Prosecutor General had planned to announce the reopening of a dormant investigation of Burisma, implicating the Bidens. Lutsenko’s deputy Konstantin Kulyk would specifically focus on the Democratic candidate and his son while former Prosecutor General Viktor Shokin, removed by Parliament in 2016, would publicly claim that Biden had forced his dismissal to quash the Burisma inquiry.