A Tribunal on Iran’s Protests and Killings in 2019 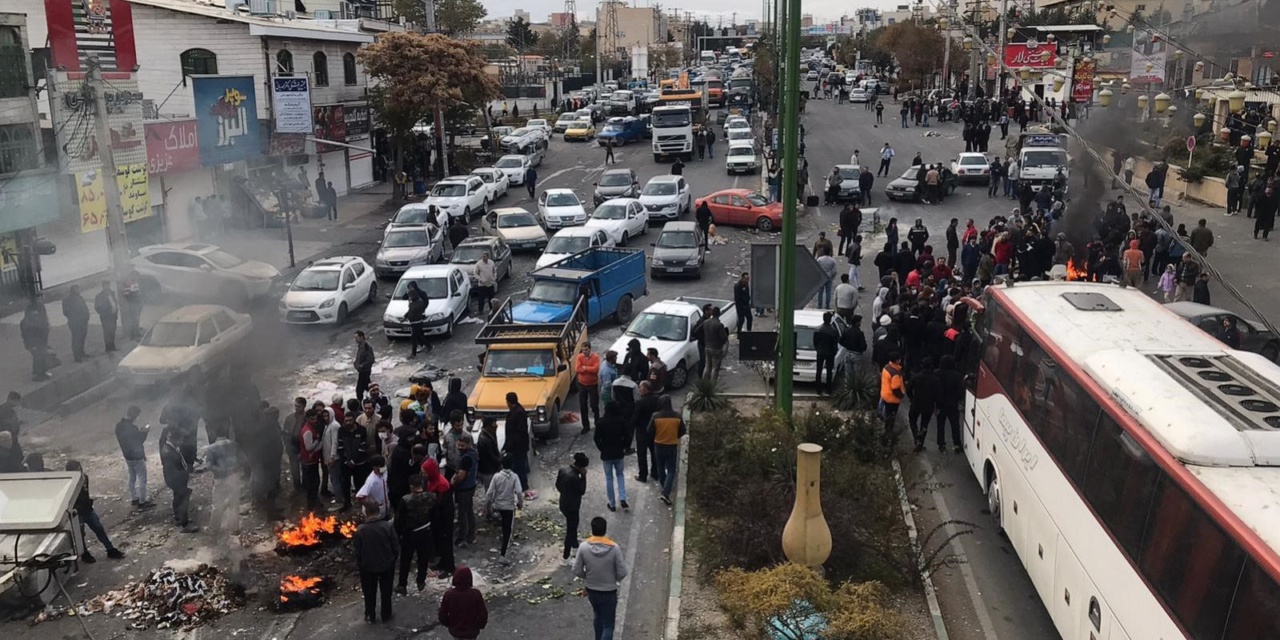 Iranians demonstrate in the street in Tehran, November 2019 (ABC News)

On the second anniversary of mass protests in Iran, the Aban Tribunal has taken evidence on the mass killing, wounding, detention, and abuse of demonstrators.

The inquiry in London, also known as the Iran Atrocities Tribunal, was held over five days to document the thousands of casualties. It heard from 33 witnesses, including many inside Iran, experts, and researchers with the recording of 145 testimonies.

The Tribunal sought to reconstruct the protests, which began over the sudden escalation of petrol prices by the Iranian Government and lasted over four days, and the response of security forces. Amnesty International has detailed the killing of 304 protesters, including many shot at close range and as they tried to flee, and Iranian officials told Reuters of up to 1,500 dead among demonstrators, bystanders, and security personnel.

Assessing the testimonies, the Tribunal accused 133 officials and entities of “crimes against humanity and grave human rights violations”. The accused include the Supreme Leader and Ebrahim Raisi, the President and former head of the judiciary. Verdicts will be issued in early 2022.

Hadi Ghaemi of the Center for Human Rights in Iran summarized:

The Aban Tribunal has given public voice to scores of victims and witnesses who undertook grave risks to testify on Iran’s massacre of hundreds of protesters in November 2019, in their continuing search for justice two years after these atrocities.

There is no possibility of redress or legal action in Iran against the perpetrators because the very same officials who oversaw this massacre have solidified their grip on all arms of the state.

A former official spoke of the order that triggered the repression. He recounted an emergency meeting with a provincial governor and the local Revolutionary Guards commander. The Friday Imam said:

Wrap up the protests, do whatever to get them to go home, if you have to shed blood, do it. I’ll take responsibility. The Leader’s upset, we should wrap up the situation.

The Tribunal was told of the torture and rape of detained juveniles, with Amnesty International detailing the killing of at least 22 minors as security forces fired pellet guns and tear gas at children. Students were removed from classrooms, beaten, shocked with electric tasers, and raped for alleged participation in the protests.

Some detainees were given psychoactive drugs and shut in a room resembling a grave to make them “confess”. Speakers broadcast sounds of torture.

Doctors who treated the injured spoke of security agents trying to identify wounded protesters while preventing hospitals from admitting casualties. A surgeon testified that “wounded people were being taken away from the hospital every night at 1 am in the cover of darkness”, and that he carried out procedures at his home.

Family members of the slain were repeatedly intimidated and detained by Iranian authorities if they sought justice. If security forces hesitated over commands, they risked the ranks of the detained: a police officer said he was sentenced to five years in prison when he refused “to shoot at people”.

A security forces commander told the Tribunal that criminals were conscripted to provoke riots during the prisons. They were subsequently killed, for example, by a drug overdose or being struck by a car.

There was even input from an Iranian MP, Hassan Norouzi, the chairman of the Parliamentary Committee for Judicial Affairs, who said, “One of those who fired shots at the people was me. We killed them. Now, who wants to put us on trial? The guy came and set fire to a bank and we killed him.”

Norouzi claimed the next day that he had only been “joking”.

Evaluating the Tribunal, Ghaemi of the Center for Human Rights in Iran says, “The victims and witnesses have done their part. Now the international community must follow up and act on this evidence.”