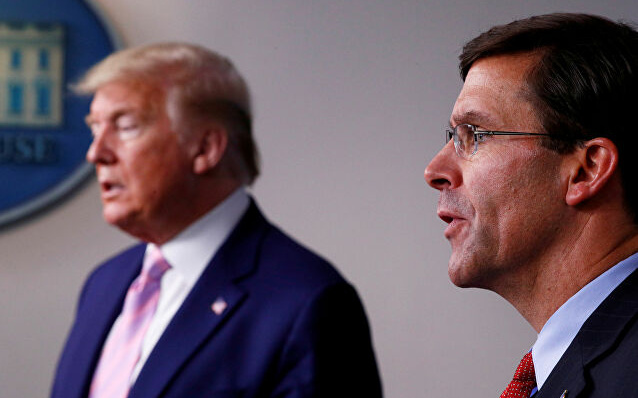 The Pentagon blocked the plan of Donald Trump and advisor Stephen Miller, in the pursuit of their anti-immigrant mission, to send 250,000 US troops to the border with Mexico.

In spring 2020, Defense Secretary Mark Esper learned that Trump’s proposal was being discussed by top military command and the Department of Homeland Security. More than half of the active US Army, and a sixth of all American forces, would be moved in the largest deployment of the military inside the US since the Civil War.

In autumn 2018, days before mid-term elections, Trump ordered 5,200 troops to the border, despite the discontent of Defense Secretary James Mattis and military commanders over the political use of the military. Miller expanded the initiative, seeking to seal the entire 2,000-mile border with Mexico and asking military officials, “What’s the number you would really need?” While the plan was never presented formally to Trump for confirmation, it was discussed in meetings at the White House.

“People familiar with his conversations” said Esper was enraged by Miller’s steps, and further angered that Homeland Security officials bypassed his office in taking the idea directly to military officials at Northern Command.

After a brief confrontation with Miller in the Oval Office, Esper shut down consideration of the idea at the Pentagon.

Among other ideas put forth by Trump at the time was a wall with flesh-piercing spikes and a moat filled with alligators, as he asked about shooting migrants in the legs as they crossed the border. Staff considered a ray to make migrants’ skin feel hot.

Trump also pressed for the deployment of US forces inside Mexico to hunt drug cartels. He only relented when aides explained that the step would look like an act of war against a close US ally and its biggest trading partner.

After Esper cut off the massive troop deployment, Trump’s official settled on using the Coronavirus pandemic to deny asylum and block entry into the US. They issued Title 42, a public health order which could expel any undocumented immigrant who had come from Mexico.

The Biden Administration continues to use Title 42 for expulsions.