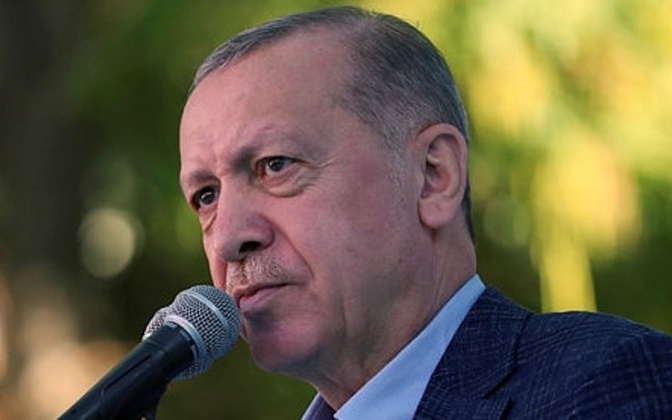 Having briefly distracted from Turkey’s economic problems, President Recep Tayyip Erdoğan backs off from his threat to expel 10 ambassadors.

Eight of the 10 countries issued or circulated similar statements on Monday about complying with Article 41 of the Vienna Convention on Diplomatic Relations, over “the duty not to interfere in the internal affairs of [the host] State”.

Canada, the Netherlands, and New Zealand post similar tweets, while Norway, Sweden, Denmark and Finland retweeted the Americans. There was no apparent statement from the German or French embassies.

Erdoğan then proclaimed that the 10 nations “have taken a step back from the slander against our country. They will be more careful now.”

Daily Sabah, linked to the Government, followed by headlining a statement from the US State Department:

The Biden Administration seeks cooperation with Turkey on common priorities and, as with any NATO ally, we will continue to engage in dialogue to address any disagreements.

State Department spokesman Ned Price did not specifically to political prisoner Osman Kavala, whose case — and statements by the 10 countries about it — spurred Erdoğan’s posture. However, Price said, “We will continue to promote the rule of law and respect for human rights globally.”

Daily Sabah omitted that sentence in its report.

ORIGINAL ENTRY, OCT 25: Since Wednesday, Turkey’s lira has fallen 20% against the US dollar, reaching a historic low of 9.74:1. The fall was triggered by an unexpected decrease in interest rates by the Central Bank, despite Turkish inflation nearing 20%.

On Saturday, Turkish President Recep Tayyip Erdoğan did not mention the economic situation in a speech in northwestern Turkey. Instead, he declared the ambassadors of 10 countries — seven of them Turkish allies in NATO — “persona non grata” and threatened them with expulsion. Their offense was to raise the case of political prisoner Osman Kavala, a publisher and cultural entrepreneur whose has been detained since 2017.