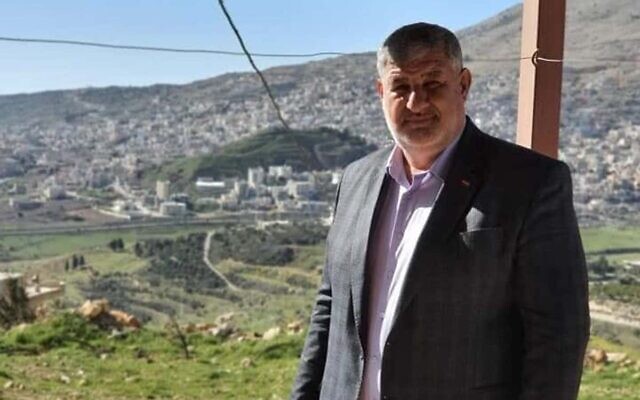 An Assad regime intelligence officer and former prisoner in Israel, Midhat as-Saleh (pictured), was shot dead on Saturday in the Golan Heights near the Israeli border.

The regime immediately accused Israel of carrying out a “cowardly criminal act” with the assassination of Saleh, who also had been a member of Syria’s Parliament: “The Cabinet stressed…that those terrorist acts will only increase the determination of the Syrian Arab people to continue resisting the occupier and liberating the occupied Syrian Golan.”

Al Jazeera claimed that Saleh was shot dead by an Israeli sniper as he stood near his home in the town of Ain Eltineh.

In line with its policy of not acknowledging operations in Syria, the Israel Defense Forces did not comment.

Israel has pursued airstrikes in southwest Syria, near the Israeli-occupied Golan Heights, to prevent Iran and the Lebanese organization Hezbollah from establishing positions.

Saleh, originally from the village of Majdal Shams in the Golan Heights, was imprisoned in Israel on security-related charges for 12 years until his release in 1997. He then moved to Syria.

Israeli authorities say Saleh has recruited residents of Majdal Sham to work for the regime and gather intelligence in Israel.