UPDATE: From Afghanistan — “Even If They Threaten to Shut Our Schools, We Will Fight for Education” 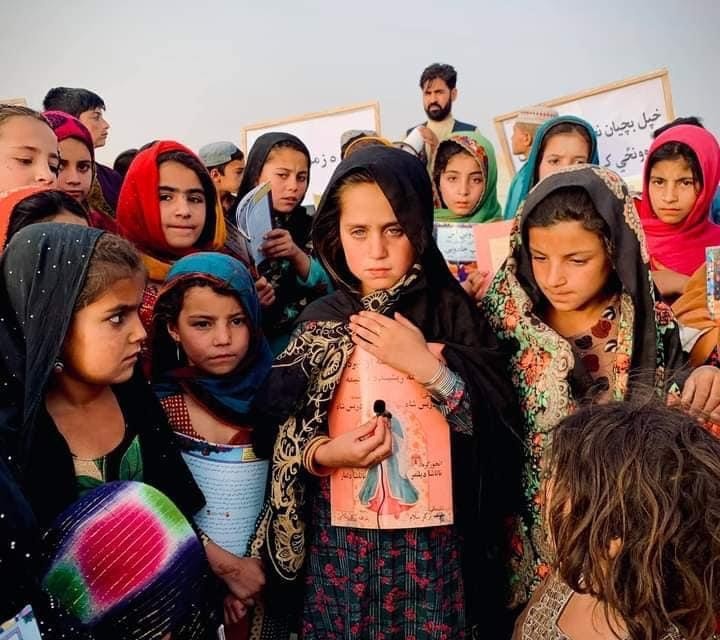 The Taliban-run Education Ministry has said that Afghan schools will open for boys from Saturday.

There was no mention of when girls will resume classes.

The Taliban had said that girls will be able to pursue secondary education as long as this is in segregated classrooms.

Access to education should be the same for girls and boys. It is perhaps far important for girls as they are educating a home, a community and a whole generation.

I strongly request the new regime to re-open schools for girls as soon as possible as we are only remaining two months of the current academic year.

Education is my right and I will stand for it.

On Friday, the Taliban apparently shut down the Ministry of Women’s Affairs, replacing it with a department to enforce strict religious doctrine.

In social media posts, female workers from the ministry have been protesting outside the building over the loss of their jobs.

Women in Kabul out on the streets again today demanding their rights to work and education #Afghanistan pic.twitter.com/8ygW747iSs

ORIGINAL ENTRY, AUG 28: After the Taliban burned his school in 2004, 12-year-old Matiullah decided to fight for children’s education in rural Afghanistan. It was a dream he inherited from his father, Haji Mohammed Khan, the founder of the first public school in the Kandahar region in the south of the country.

Seventeen years later, the Taliban have rapidly taken control of all of Afghanistan. Now Matiullah Wesa and other volunteers are striving to keep the schools open.

Wesa is the co-founder of Pen Path, established in 2009 in the Spin Boldak district, just across the border from Pakistan. He is determined to sustain the books and the classrooms, for boys and girls: “If I leave my country, who would educate the rural children and how would they know their rights?”

Now 29, Wesa recalls the burning of his school. He remembers the threats to his father, a tribal leader, to abandon their home, and the promise of death if he continued the encouragement of girls’ education.

Leaving everything behind, the family moved to Spin Boldak. Haji Mohammed Khan went door to door to promote children’s education. Wesa remembers his father’s words to the residents in rural Kandahar: “Education is a human right, an Islamic right. It doesn’t belong to either the Afghan government or the insurgents. It belongs to every child.” 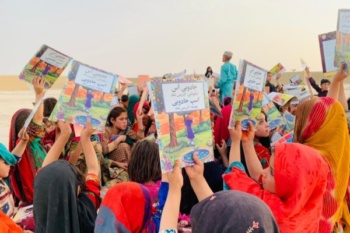 Since 2009, Pen Path has helped educate more than 57,000 children, of whom 35% are girls. Through dialogue with religious scholars, tribal leaders and parents in rural Afghanistan, Wesa and his team have restored more than 100 schools, and acquired permits to open 46 new schools and 38 libraries in areas which never had educational institutions.

Books have been collected and distributed in mobile libraries. Wesa notes, “We use the motorbikes to promote children’s education and the terrorists use it to spread terror.”

Wesa’s team has 2,400 volunteers, including 400 women, who work without pay. They pursue the door-to-door campaign not only to convince parents to send their children to school, but also to emphasize importance of reading and to raise awareness about human rights, women’s rights, climate change, and corruption. The pandemic has spurred new information campaigns about Coronavirus and substance abuse. 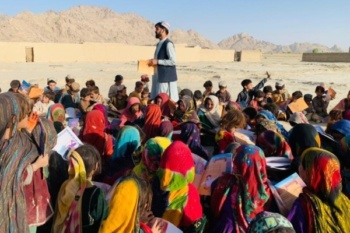 Reflecting on the current situation, Wesa assures, “If they threaten to burn or shut our schools, I will continue to fight for education.”

He compares 2021 with the Taliban’s rule between 1996 and 2001, “The biggest difference is that people were not educated. This time around, we have an educated generation that knows its rights and a life of non-violence.”

And if the new rulers have not changed from their previous incarnation? “If we face such threats to shut schools in the future, we will hold a dialogue with the tribal leaders, religious scholars, and leaders in Kabul to allow children to attend schools.”

Friends and acquaintances tell him to be careful, but he and his team will not halt their quest for an educated country, for peace over war and non-violence over violence.

“For a prosperous Afghanistan, all roads lead to education,” he explains.

At the end of our conversation, often filled with emotion, Wesa sends a message:

My request to the international community is to encourage re-opening schools in Afghanistan, and the new leaders to allow children to have access to them.

Please don’t take away our education and our rights. 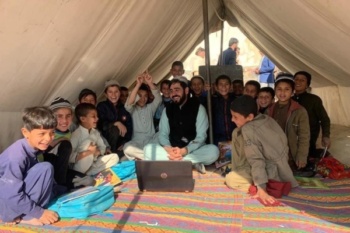