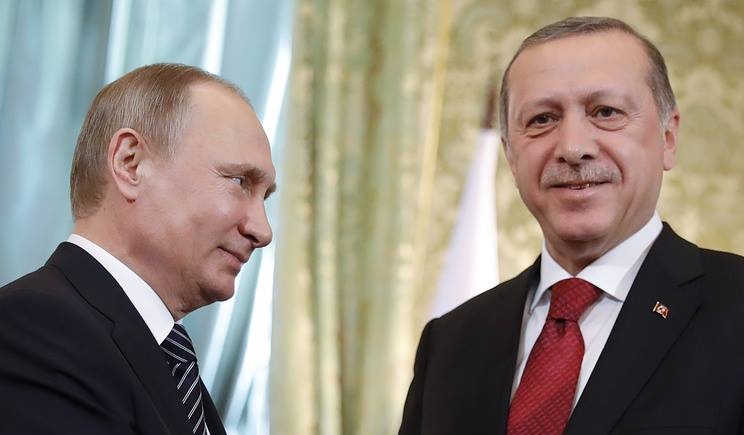 The maneuvers are taking place ahead of Wednesday’s meeting between Russian President Vladimir Putin and Turkish counterpart Recep Tayyip Erdoğan in Sochi in southern Russia.

On Sunday, the Russians bombed Turkish-supported rebels in Tel Tamr, the first strike on the town since 2019. Tel Tamr, in western Hasakah Province near the Turkish border, was taken by Turkey and rebels from the Kurdish militia YPG in an autumn 2019 offensive.

Claims are circulating that at least 10 rebels were slain in a strike on Afrin, the center of the Kurdish canton of the same time before the 2019 Turkish-rebel advance.

Russian airstrikes were also reported on Barad in Aleppo Province near the border.

Pro-opposition activists say the Russian attacks are the most significant since an October 2020 strike killed 33 fighters of the anti-Assad faction Faylaq al-Sham near Armanaz in Idlib Province.

The Russians struck days after Turkey began moving troops, including air defense units, across the M4 highway from Latakia to Assad-occupied Saraqib in Idlib Province.

Putin and Erdoğan agreed the ceasefire in March 2020. The accord paused an 11-month Russian-regime offensive that seized all of northern Hama Province and parts of Idlib. Weeks earlier, Turkey began striking pro-Assad positions; however, a pro-Assad strike killed 38 Turkish troops, the largest number of casualties suffered by Ankara in the Syrian conflict.

There is a special agreement between the Russian leader and the Turkish president in Idlib. Our Turkish interlocutors took on the responsibility to distinguish the normal opposition from terrorists. This had to be done long before, but it is proceeding slowly.

He said Putin and Erdoğan will discuss Idlib in their Wednesday meeting.