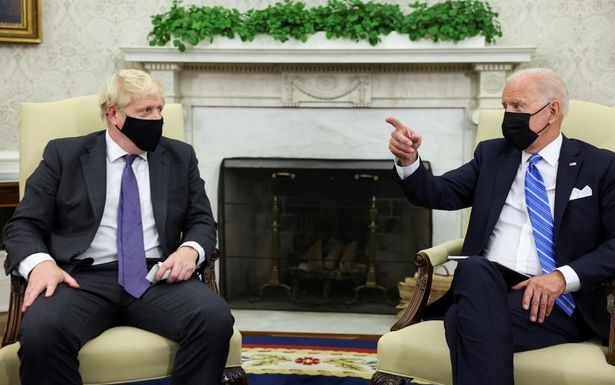 On Tuesday, UK Prime Minister Boris Johnson finally admitted to a 5-year deception — for Brexit and for his personal position — that a UK-US trade deal would be completed in “next to no time”.

In a statement as he travelled to the US for the UN General Assembly and a meeting with President Joe Biden in the White House, Johnson said that the Biden Administration was pursuing other priorities. He apparently hoped the admission would be swept away in the news cycle by the end of the day, amid Biden’s address to the General Assembly and the White House photo opportunity.

I spoke with BBC outlets on Wednesday about the reality of no trade deal and of an all-too-real Brexit, juxtaposing Johnson’s cheerleading with the serious political and economic situation for the UK.

Having cut the UK off from Europe, there is no immediate trade market that can be a replacement. Revising a trade deal with Japan and announcing one with Australia — in which the biggest effect could be a loss for UK farmers — is no substitute.

An explanation of why 10 Downing Street’s latest line — that the UK can join the US-Mexico-Canada Agreement — isn’t going to happen, and why the UK’s relationship with the US is not as “junior partner, but as submissive one”.

Before the Biden-Johnson meeting, the University of Birmingham’s David Dunn evaluated the state of the US-UK relationship:

What Johnson is trying to do in Washington is ingratiate himself as much as possible, recognizing that Britain is not as valuable to the US after Brexit.