“No Place to Go”: The Demolition of Benin’s Fishing Settlements 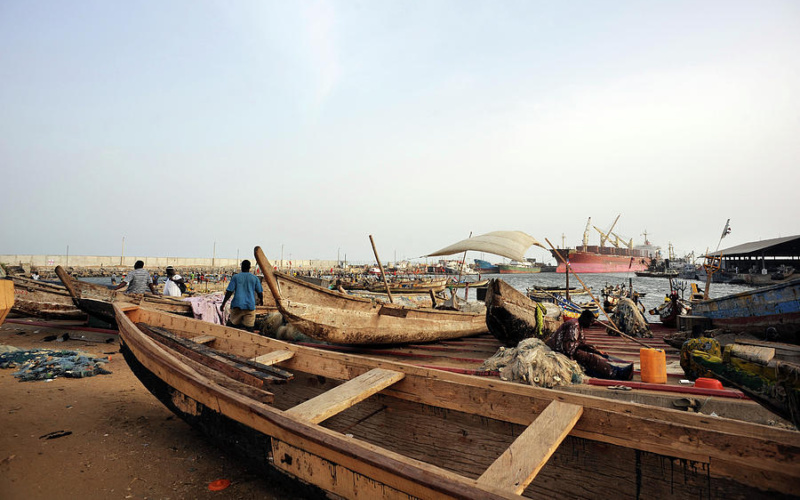 A fishing boat in the harbor in Cotounou, Benin (Jean-Michel Clajot)

For the past seven days, Jules and his family have been sleeping on the beach in Cotonou, Benin’s economic capital.

Last week, officials destroyed Jules’ house. About 200 others were levelled, displacing 1,500 residents, many of them women and children.

The offense of the fishing settlement, from the seashore to the Cotonou airport, was that it stood in the way of “development”.

Jules tells me, “They came and demolished our houses. We have no place to go. My children are sleeping on the beach.”

Benin President Patrice Talon has gained prominence in the region for his plans to “modernize” the West African nation. With industrial and marina projects, the Government is attempting to reform the environment for business.

But the residents of the settlements are in the way. Their homes have been passed down for generations since the 1960s, when they were built on land offered by the Government. Now, however, Talon’s officials cite a property law to proclaim the community “illegal”.

On September 13, the bulldozers came in. Residents allege although they received notices to evacuate, they were not given clear guidance on where they could resettle. Locals allege negotiations were still ongoing when the demolition began. No financial help has been offered to the displaced, many of whom live in extreme poverty.

Jeremie tells me that the officials have used the pretext of a young boy from the settlement climbed into an Air France plane: “Since then, the Government has been speeding up operations to clear up the area. All for our safety apparently.”

Thomas F., who photographed the demolition, described the episode:

There was rubble everywhere and women and children were crying while collecting whatever was left of their home.

I couldn’t capture it, but there was a heavy deployment of police forces and they were chasing out people on bikes on the road next to the Dantokpa market. One of them was crashed into and fell over.

The fishers in Cotonou sell their catch at the Saint Michel and Dantokpa markets. The latter is the largest international market in West Africa.

Jules recounts, “My family has been living here since the 60s and my grandfather was from Grandpopo, a fisher who spent all his life here. This is where we call home.”

But home is no more. He describes the day that the officials barged in with the bulldozers: “They dispersed us with force and as we ran, they were trying to chase people so our houses can be demolished.”

Last week’s destruction is the latest phase of an ongoing campaign. In February 2020, families of the fishing community near the Cotonou lagoon were ordered to leave, with the Government claiming the illegal occupation of State property “in defiance of Article 264 of the law relating to the Land Code”.

Speaking of her plight and the “largest clean-up operation of market traders” in Cotonou, an inconsolable fishmonger Dekenou Hounza, who had worked for 15 years in the Saint Michel market, said, “They took everything. I’m sitting here with all I have. I have nowhere to go have to sleep next to the rail tracks.”

Cotonou district chief Donatien Ange Boko insists that the newly-displaced locals were informed more than a year ago of the impending demolition and that they should have made preparations. However, community representatives confirm that occupants deemed “illegal” have not been compensated, and there was no action on last year’s legal filing by local fisherman over the Government plans.

“We Wait for Help”

Two days after last week’s demolition, authorities offered to negotiate compensation to the displaced. However, many departed families have already left and cannot be located. Some fishers have been offered resettlement in a forest near Ouidah, but at balking at being removed far from their trade and livelihood.

The remaining families struggle for sanctuary as their children soon start school years.

Asked where they will go next, Jules says, “We will sleep here on the beach and will wait here for help.”