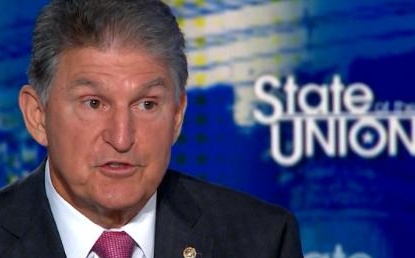 The House Ways and Means Committee has released its proposal to fund the $3.5 trillion budget for social programs, raising up to $2.9 trillion through taxes on corporations and the wealthiest Americans.

The measures confirmed those in a draft plan circulating in the media over the weekend (see update for September 13).

I cannot support $3.5 trillion. If I can’t go home and explain it, I can’t vote for it.

There’s not a rush to do that right now. We don’t have an urgency. Don’t you think we ought to debate a little bit more, talk about it, and see what we’ve got out there?

Manchin said earlier this month that the Biden Administration should “hit the pause button” on the budget. But last week White House Chief of Staff Ron Klain said he thought Manchin was “very persuadable”, and Senate Majority Leader Chuck Schumer said the bill was “full speed ahead”.

Manchin did not say on Sunday what spending he would support, but he is reported to have suggested $1 trillion to $1.5 trillion.

Representing a mining state, the senator has also questioned the necessity for climate change provisions and programs. He has also opposed an end to the filibuster used by Republicans to block major legislation, such as the For The People Act on voting rights.

You have an overwhelming majority of working families in America who want us to do this. You have the president, you have over 90% of the people in the House, over 90% of senators.

Is it appropriate for one person to destroy two pieces of legislation? Joe Manchin has the right to get his views heard. He has to sit down with all of us and we’ll work it out. It would really be a terrible, terrible shame for the American people if both bills went down.

The draft budget proposal, expected to be released Monday, funds measures through a series of tax increases for corporations and the wealthiest Americans.

There is a 3% surtax on individuals with adjusted gross incomes in excess of $5 million.

The Senate has approved the Biden Administration’s $3.5 trillion budget for social policies.

The approval came hours after the chamber’s passage of the $1 trillion Infrastructure Investment and Jobs Act.

Republicans prolonged the session with a barrage of amendments, but more than 14 hours of votes were finally completed just before 4 a.m. on Wednesday. The final vote was then conducted, with scattered applause hailing the outcome.

Vice President Kamala Harris is the deciding vote in the 50-50 chamber.

ORIGINAL ENTRY, AUG 10: The Biden Administration’s $3.5 trillion budget is presented in a resolution by Senate Democrats.

The plan is part of the most ambitious US domestic program since the 1930s, complementing March’s $1.9 trillion American Rescue Plan and the $1 trillion Infrastructure and Investment Jobs Act advanced by the Senate over the weekend. Proposals include an emphasis on health care, child and elder care, education, and measures to address climate change. Funding include tax increases on the wealthy, large inheritances, and corporations.

Democratic Senators hope to pass the resolution by the end of this week. A majority supporting “budget reconciliation” bypasses any Republican filibuster, which normally can be ended only by 60 of 100 senators.

The Infrastructure and Investment Jobs Act is scheduled for approval at 11 a.m. Tuesday. The budget resolution will then be introduced.

The budget expands Medicare to include dental, hearing, and vision benefits, and it may lower the eligibility age. New funding is allocated for older or disabled Americans to have long-term care in their homes. The prices of prescription drugs are lowered. Public education is expanded through free preschool and two years of community college.

The plan also continues the temporary expansion of health insurance subsidies from the American Rescue Plan. It extends monthly payments to most families with children, a provision which has been estimated to cut child poverty by almost 50%.

Climate change is addressed through funding of research, measures to reduce carbon dioxide emissions and prevent wildfires, a Civilian Climate Corps for public works and resilient coastlines, and promotion of electric vehicles through changes to the tax code and finance of manufacturing. The Clean Electricity Payment Program pays utilities to reduce use of coal and natural gas over the next decade, replacing fossil fuels with wind, solar, and nuclear power.

The plan also finally establishes a path to citizenship for almost 800,000 “Dreamers”, who came to the US as children of undocumented immigrants, and stepped-up enforcement of labor laws and penalties for employers that violate them. However, these may not survive the process of budget reconciliation.

Some of the funding will come through the rollback of the massive tax cuts of December 2017, with corporate tax raised to at least 25% from 21%. The rate on investment gains for those earning more than $1 million a year may increase 39.6 percent. Tax benefits will be limited for the private equity industry and its executives. Staff and resource of the Internal Revenue Service will be bolstered.