Assad Visits Putin in Moscow — But Why? 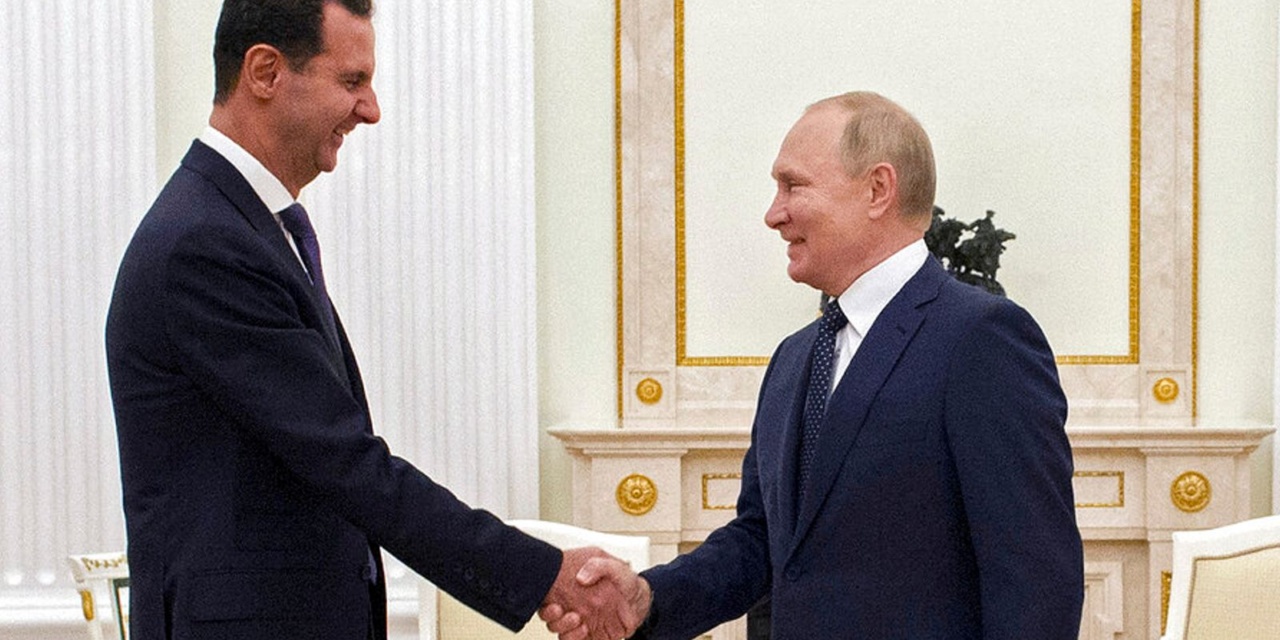 Bashar al-Assad has made an unexpected visit to Russian President Vladimir Putin in Moscow, with no explanation of the reason or of specific topics.

Instead, Syrian and Russian State media recited their platitudes about fighting “terrorism” and criticizing “foreign forces” such as Turkey and the US.

There was no reference to the economic crisis in Assad-held areas of Syria; to the territories outside the regime’s control, such as Turkish-backed, opposition-held parts of the northwest and US-supported, Kurdish-controlled cantons in the northeast. This month’s Russian-regime reoccupation of Daraa, the original site of the 2011 Syrian uprising, was not directly mentioned, although a statement hailed “the liberation of the land that is still under the control of terrorist organisations”.

Putin appeased Assad, who has blustered that the regime will “regain every inch” of Syria, with the declaration that “foreign forces” were a hindrance to consolidation and proclamation that “the Syrian government, headed by you, controls 90% of the territories”.

Assad thanked Putin for humanitarian aid, even though Russia has provided limited assistance amid widespread shortages of food, fuel, and other essentials, and for efforts to halt the “spread of terrorism”. Assad also tried to blame the difficulties in regime areas on “anti-human” and “illegitimate” sanctions.

Despite the lack of specifics, Turkish officials connected the visit with an escalation of Assad regime attacks and Russian bombing of opposition-held northwest Syria.

Turkish Defense Minister criticizes the agreements signed with Russia in Syria. The statement came after Lavrov's words that Turkey “does not comply with the Idlib agreement”, and the increased frequency of Russian airstrikes in Northwestern Syria.

In the past 48 hours, Russian airstrikes have targeted the villages of Deir Sunbul and al-Bara in southern Idlib Provinc and the town of Daret Izza town in western Aleppo.