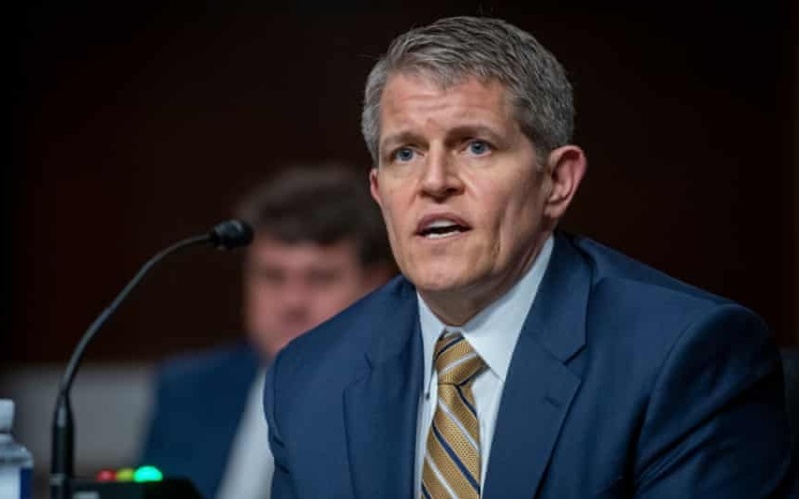 Withdrawing its nominee to head the Bureau of Alcohol, Tobacco, Firearms and Explosives, the Biden Administration appears to be shelving any effort for gun control in the near-future.

In March, President Joe Biden spoke of the “epidemic” when he nominated David Chipman (pictured) to lead the ATF. The selection of Chipman would have filled the position, vacant for 13 of the past 15 years because of the obstruction of Republican legislators and the National Rifle Association, with a former ATF officer who is a vocal critic of the gun lobby.

But on Thursday, with his priority on passage of the $1 trillion infrastructure bill and $3.5 trillion budget for social policies, Biden withdrew the nomination.

The President conceded that he could not succeed in the 50-50 Senate after independent Sen. Angus King of Maine said he could not vote Yes and Democrat centrist Sen. Joe Manchin of West Virginia backed away from his initial support.

Biden said in a statement, “We knew this wouldn’t be easy.”

He maintained, “I have spent my entire career working to combat the scourge of gun violence, and I remain deeply committed to that work.”

However, the Administration’s proposals — banning assault weapons and high-capacity magazines; closing loopholes in the background check system; and halting exemptions given to gun manufacturers in civil liability cases — have made no progress in the Senate.

There have been no significant steps since April when Biden passed executive orders limiting “ghost guns”, firearms assembled from kits; regulating pistols converted into short-barrel rifles; and mandating model “red flag” legislation for states to remove firearms from people who may present a danger to themselves or others.

Chipman said in his statement:

I knew this confirmation process would be difficult, and while ultimately we weren’t successful, it remains essential that ATF is led by a confirmed director who is accountable to the public and places no special interests before the safety of our children and our communities.

Blaming the GOP — “Republicans have opposed us at every turn” — Biden said he would fill the vacancy at the top of the ATF. However, the President continues to resist the calls of gun control advocates for a national coordinator against gun violence.

Igor Volsky, the founder of Guns Down America, said, “What I find disappointing is the President isn’t offering a plan of how we go forward from here. That’s really surprising from a President who said that stopping gun violence was a priority during the campaign.”