EA on India’s NDTV and UK’s talkRADIO: Will Biden Work with the Taliban? 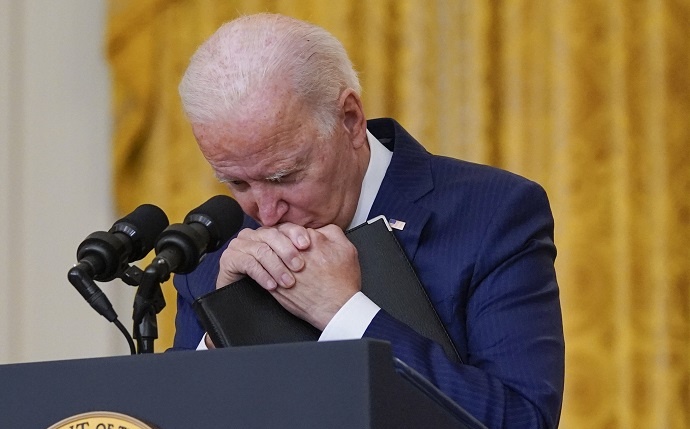 President Joe Biden considers a question during a White House press conference after the killings outside Kabul airport, August 26, 2021 (AP)

I joined India’s NDTV and the UK’s talkRADIO on Saturday to analyze if, following the US withdrawal from Afghanistan, President Joe Biden will cooperate with the Taliban.

In this extract from the NDTV panel, I explain how Thursday’s bombing outside the Kabul airport by Islamic State Khorasan changed US calculations, with Biden proclaiming a second War on Terror.

#LeftRightCentre | “The US gave up almost all leverage on Afghanistan with the military withdrawal. Now that they are facing ISIS-K their leverage comes from Taliban”: Professor Scott Lucas (@ScottLucas_EA), Emeritus Professor, University of Birmingham, on the #Afghanistan crisis pic.twitter.com/4HDmef4ns6

See also EA on BBC and the Pat Kenny Show: The Killings in Kabul and Biden’s Response

My 15-minute analysis with Claudia-Liza Vanderpuije, covering both the Biden Administration and the UK’s Johnson Government, but beginning with another priority:

And on the Taliban/ISIS-K dynamic:

In 2001, the US had assets inside Afghanistan. Because of the US withdrawal, they don’t have assets now. They don’t have anyone they can work with against ISIS-K. And you cannot carry out sustained, effective drone operations or bombing without someone on the ground.

So who do you work with? The logical answer is the Taliban.