How Is US Military Leaving Afghanistan? Very Quietly. 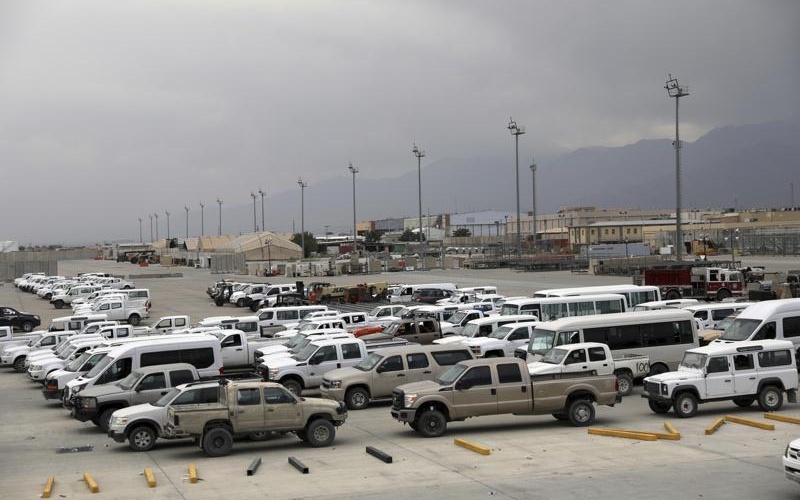 President Joe Biden issued a high-profile statement on April 14 when he declared that all US forces would leave Afghanistan by September 11, the 20th anniversary of the attacks on the World Trade Center and Pentagon.

In contrast, the American departure is occurring almost silently, despite concerns about the security of Afghans.

When the US military left its central base, at Bagram Airfield an hour from Kabul, it cut off the electricity, withdrew overnight, and did not notify the new Afghan commander.

The commander, Gen. Mir Asadullah Kohistani, only discovered the absence of Americans more than two hours after they left last week

“We [heard] some rumor that the Americans had left Bagram…and finally by seven o’clock in the morning, we understood that it was confirmed that they had already left Bagram,” Kohistani said.

Afghan military officials said a group of looters ransacked the barracks and giant storage tents before the Afghan army took control of the airfield.

Afghan soldier Abdul Raouf said, “At first we thought maybe they were Taliban. He said the American military responded, “We are here at the airport in Kabul.”

The base includes a prison with about 5,000 detainees, many of them alleged Taliban members.

US military spokesman Col. Sonny Leggett did not address the issue. He referred to a statement, issued last week, that claimed the departures were coordinated with Afghanistan’s leaders.

Taliban spokesperson Zabihullah Mujahid said Monday that the group, which holds more than half of the country, intends to present a written peace proposal to the Afghan Government as soon as next month.

“The peace talks and process will be accelerated in the coming days…and they are expected to enter an important stage, naturally it will be about peace plans,” Mujahid said. “Possibly it will take a month to reach that stage when both sides will share their written peace plan.”

He continued, “Although we have the upper hand on the battlefield, we are very serious about talks and dialogue.”

A US State Department spokesman said:

We urge the sides to engage in serious negotiations to determine a political roadmap for Afghanistan’s future that leads to a just and durable settlement.

The world will not accept the imposition by force of a government in Afghanistan. Legitimacy and assistance for any Afghan government can only be possible if that government has a basic respect for human rights.