How the UK’s “Government of Sleaze” Survives 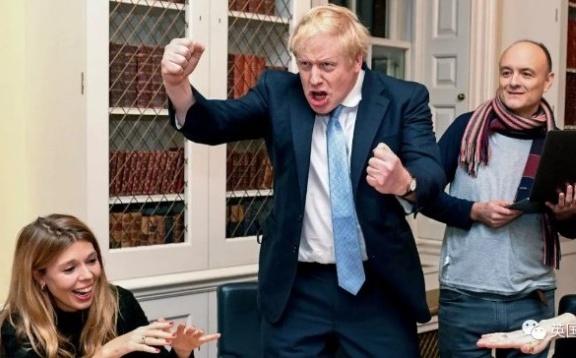 The testimony lived up to the hype. Dominic Cummings, the former right-hand man of UK Prime Minister Boris Johnson, was giving weight to the many charges of incompetence levelled at the Government over its response to the Coronavirus pandemic.

Speaking to the MPs of the Science and Technology Committee on May 26, Cummings described attempts by Johnson’s fiancée, now wife, Carrie Symonds, “to appoint her friends to particular jobs” in Number 10. This was “not only completely unethical but…also clearly illegal,” Cummings asserted.

He said Johnson’s failure to take adequate measures to stem both the first and second waves of the virus led to thousands of needless deaths. Health Minister Matt Hancock had repeatedly lied to Cabinet colleagues.

Ardent critics awaited the fall of Johnson and his inner circle. After months of stories of negligence and possible corruption, including the award of lucrative contracts to cronies, surely the Government no longer had legitimacy?

Yet the general public did not swell to the demand that any penance, let alone loss of office and career, be paid. Indeed, only three weeks before Cummings’ testimony, the ruling Conservative Party had made further gains in local elections in England, if not in Wales and in a Scotland considering the possibility of independence.

Nor did Whitehall issue a call to account. Lord Geidt, the Prime Minister’s adviser on standards, found that Johnson had acted “unwisely” by not being more “rigorous” in finding out who had funded up to £200,000 ($282,000) in refurbishment work on his Downing Street flat. However, he cleared Johnson of breaking rules on ministerial conduct.

See also EA on talkRADIO: UK Politics — Are Both Conservatives and Labour in Trouble?

Scholars have described elections as an opportunity for citizens to act as a “rational god of vengeance and reward” towards leaders. They are portrayed as assessing candidates in vital areas of interest and security, punishing those who badly perform and endorsing those who are competent and effective.

However, more recent studies of voting behavior suggest that this process is not simple or assured. Three stages must occur for a politician to suffer electoral punishment over corruption: information acquisition, blame attribution, and behavioral response.

The failure to acquire information suggests that a free press may not exist. Undoubtedly, Conservative governments in the UK benefit from the spin of right-wing tabloids and print and broadcast outlets, And their existence may have deflected some pressure from scandals. However, few would claim that the stories of sleaze have not been covered.

If blame is seen through polling, there was a glimmer in the shrinking of the Tory lead over Labour after Cummings evisceration of the Government’s Covid response. However, subsequent surveys did not show a sustained reaction. Real-world good news, such as a UK vaccination campaign obscuring the country’s death toll — one of the highest in the world per capita — and manufactured cheer such as Johnson’s wedding have shifted focus.

So to the third stage of behavioral response, i.e. accountability. Johnson has spent his political career attempting to dodge any requirement to answer for his actions, both personal and political, and with great success. As Tom McTague wrote recently in an essay on Johnson, “That nothing ever seems to stick drives his opponents mad… Time and again, when controversy has engulfed him, he has emerged unscathed.”

In the December 2019 General Election, Johnson managed to dissociate himself from the Conservative administrations of the previous decade and their damaging “austerity”. He did not suffer for his falsehoods about the Brexit agreement, notably over the Northern Ireland Protocol. Rather his portrayal of his valiant stand against the European Union brought a further Brexit bounce in the Conservative majority in Parliament.

Johnson may lack in ability and honesty but he has “character” in spades. In contrast with the serious and awkward politicians often marking the Commons and the airwaves, he has cultivated shabbiness but amusement. And who could punish a lovable bumbler for deliberate malfeasance?

That bumbler has Brexit on his side. Accountability hits the wall of partisan ideological bias, preventing the shift of votes to another party or candidate. A cognitive dissonance takes hold where a Prime Minister can be both incompetent and Glorious Leader. Johnson, with “Get Brexit Done”, has patented the process. There is always a battle to be waged: if the public ever tires of Brexit’s shambles dressed up as “fish wars” or “sausage wars” with the EU, then “culture wars” can be whipped up.

The Impression of Competence

Even if some believe that the Government’s many failings in its response to the pandemic should be punished, the impression of competence in other areas might prevent any rising over the stories of sleaze.

Voters, in general, are less tolerant of corruption when economic conditions are bad. Chancellor of the Exchequer Rishi Sunak’s furlough scheme, and other forms of financial support, has been a lifeline for many people and thus a lifeline for what remains of the Government’s popularity.

Some may also assess that the Government has struggled to respond to the pandemic, but forgive Ministers because of the unprecedented nature of the crisis. With the bonus of a successful vaccine rollout, a post-mortem of the Government’s response may not yield a portrait of complete incompetence.

However, the economy may soon take a hit – for example, when the furlough scheme ends – and the effects of the “vaccine bounce” diminish. If this is accompanies with more stories of the Government prioritizing the fortunes of their wealthy donors, it could be a difficult period for Johnson.

The Challenge for The Opposition

Still, that does not mean the end of the Prime Minister. If there is no clean and credible alternative in the Labour Party, voters could see no other option than to continue tolerance of “Tory sleaze”. It is not enough for Labour leader Keir Starmer to disentangle himself from the notion of corruption associated with the entire political class. He must be credible and competent.

Where Tony Blair succeeded in 1997 — entering 10 Downing Street by portraying Labour responsibility v. Conservative failure, and staying there for a decade — Starmer has so far failed. Blair, and Johnson, were able to craft a national narrative that offered enough of the public a sense of optimism, hope, and pride. The current Labour leader has not been able to establish his version.

A General Election is at least two years away. Critics of the government will be longing for some sort of electoral punishment over incompetence and sleaze. But they should be aware that justice is not assured.

For legal and ethical reasons, those who benefit from sleaze at the cost of the UK public must be held to account. But as a matter of politics, the electorate must be offered a better way of governing that meets their economic and social priorities. 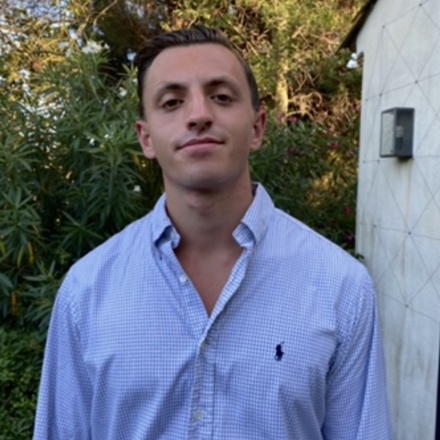