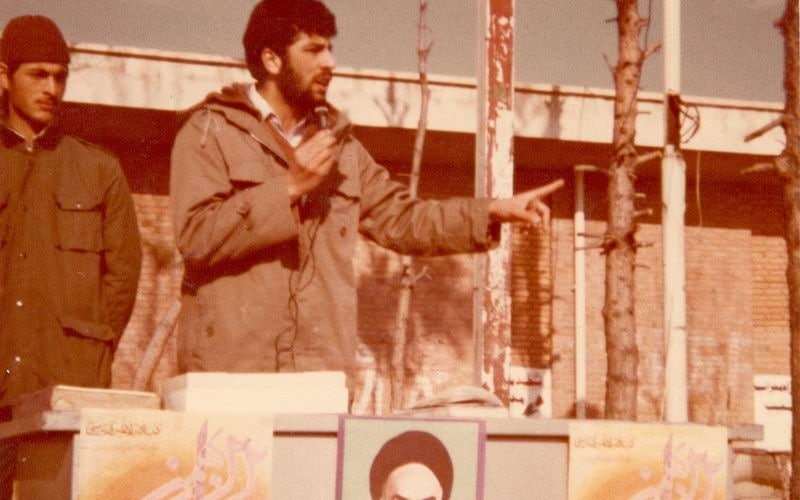 Ebrahim Raisi, now President-elect of Iran, speaks at a rally during the Iran-Iraq War in the 1980s

The UN Special Rapporteur for Iran, Javaid Rehman, has called for an investigation of the mass killings of prisoners in the 1980s, including current President-elect Ebrahim Raisi’s role.

Rehman said on Monday that his office has gathered evidence and testimonies over the executions of at least 20,000 men and women in Iran during the 1980s. Amnesty International has documented the killing of about 4,500 people, some of them juveniles, in summer 1988 alone.

The Special Rapporteur, expressing concern at reports that some mass graves are being destroyed, said he is ready to share the material with the UN Human Rights Council.

Current judiciary Ebrahim Raisi, the victor of Iran’s managed Presidential election on June 18, was a member of the “death panel” that ordered the mass executions.

Rehman said on Monday, “I think it is time and it’s very important now that Mr. Raisi is the President [-elect] that we start investigating what happened in 1988 and the role of individuals.”

The office of Raisi, who will be inaugurated in early August, could not reached by Reuters for comment. Iranian officials in Geneva and New York did not respond.

The President-elect has previously claimed that he was upholding “human rights” through the orders for the killings: “If a judge, a prosecutor has defended the security of the people, he should be praised….I am proud to have defended human rights in every position I have held so far.”

Rehman told reporters, “I will campaign for justice to be done.”

He noted that, as the Guardian Council and other Iranian bodies barred almost all candidates and ensured Raisi’s electoral win, “There were arrests, journalists were stopped from asking specific questions about the background of the presidential candidate Mr Raisi and there was intimidation towards any issues that were raised about his previous role and background.”