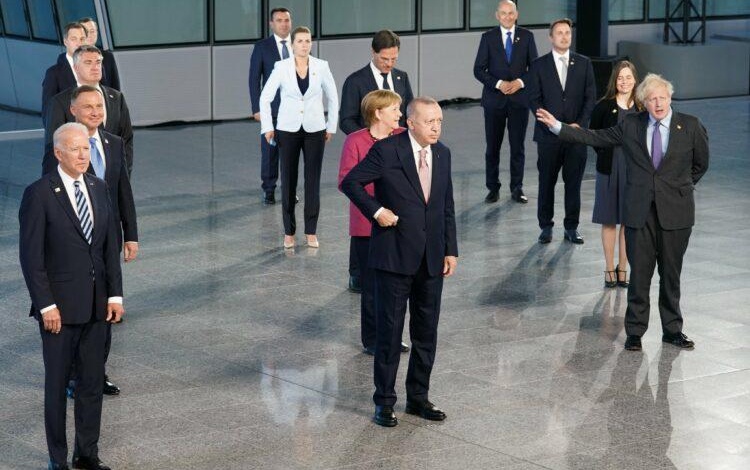 Leaders at the NATO Summit have agreed on the “threat” of Russia and the “challenges” of China.

In a communiqué on Monday, the 30 members referred to Beijing for the first time as part of the “multifaceted threats, systemic competition from assertive and authoritarian powers, as well as growing security challenges to our countries and our citizens from all strategic directions”.

China’s growing influence and international policies can present challenges that we need to address together as an Alliance. We will engage China with a view to defending the security interests of the Alliance.

China is not our adversary, but the balance of power is shifting. And China is coming closer to us. We see them in cyberspace, we see China in Africa, but we also see China investing heavily in our own critical infrastructure. We need to respond together as an alliance.

Ahead of US President Joe Biden’s meeting with Russian leader Vladimir Putin on Wednesday, the leaders assessed, “Russia’s aggressive actions constitute a threat to Euro-Atlantic security; terrorism in all its forms and manifestations remains a persistent threat to us all.”

Biden declared, “We’re in a contest — not with China per se — but a contest with autocrats, autocratic governments around the world, as to whether or not democracies can compete with them in the rapidly changing 21st century.”

The Russian Foreign Ministry proclaimed that NATO members should “make up their mind” if they want to be removed from Moscow’s list of “unfriendly states”.

The communiqué also referred to challenges by State and non-state actors to international order and democracy; instability contributing to irregular migration and human trafficking; and the response to the Coronavirus pandemic.

Joe #Biden will remind Vladimir #Putin of the “rules of the game” at the upcoming #GenevaSummit. “Don’t poison people with nerve agent…don’t try to interfere in our elections…don’t try to annex territory,” @ScottLucas_EA tells @Girishsawlani. #TheWorld pic.twitter.com/n13corL9gx