EA on A News: NATO, the US, and Turkey 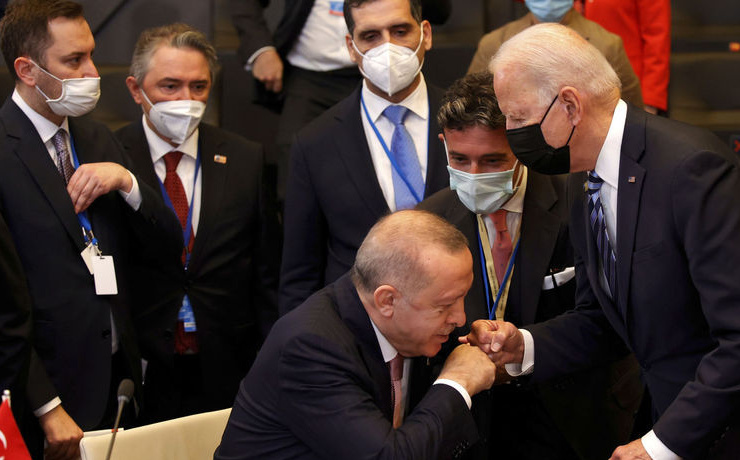 Turkish President Recep Tayyip Erdoğan fist-bumps US President Joe Biden as he stands to greet him at the NATO summit in Brussels, Belgium, June 14, 2021 (AP)

As President Joe Biden met Turkish leader Recep Tayyip Erdoğan on the sidelines of the NATO summit on Monday, I spoke with Turkey’s A News about the current issues in the US-Turkish relationship and whether conflict or compromise is likely in the future.

We consider NATO’s agenda and specific matters such as Turkey’s purchase of Russian S-400 missiles the situation in Afghanistan before taking on one of the most contentious issues: will Ankara — with Erdoğan resorting inside the country to a crackdown on the “Kurdish issue” — accept US-supported Kurdish control of northeast Syria?

The other panelist is political analyst Bulent Yavuz.

The reality for Erdoğan is that you have a working autonomous Kurdish authority in northeast Syria. Do you try to overthrow it and militarily occupy the area, or do you accept the Kurdish authority but seek a more acceptable Kurdish coalition?

That is linked to the Kurdish issue which was not resolved in Turkey.