G7 Summit: Progress or Letdown? Depends on Your Point of View 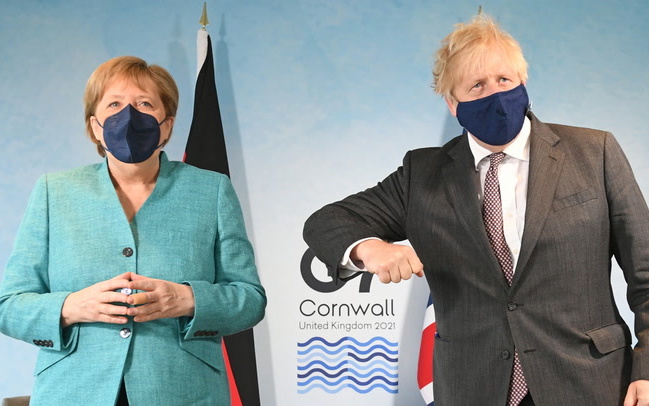 The two-day G7 Summit in Cornwall, England culminated on Sunday with sweeping declarations on issues such as Coronavirus, climate change, and infrastructure — and with sharply divergent opinions on what has been and might be accomplished.

The summit of leaders — from Canada, France, Germany, Italy, Japan, the UK, and the US — opened with the immediate that President Joe Biden, rather than Donald Trump, was head of the American delegation. One of the signature announcements was his Saturday declaration of “Building Back Better for the World” (B3W), funding global infrastructure to link development with climate initiatives.

The G7 agreed to provide 870 million Coronavirus vaccine doses by June 2022, a step up from Biden’s pre-summit confirmation that the US would supply 500 million doses over the next year. The leaders also committed to the provision of $100 billion by 2025 to support global infrastructure.

But activists and analysts immediately put the pledges in context. They noted that the 870 doses were less than 10% of the 11 billion needed to reach the 70% global vaccination rate sought by the World Health Organization. There was no advance on patent waivers to transfer technology so countries could make their own vaccines.

The $100 billion promise for infrastructure was a repetition of a commitment made in Copenhagen in 2009, and 80% has already been allocated. UK Prime Minister Boris Johnson joined the statement only after a week after his Government sharply cut foreign aid.

And “Build Back Better for the World” was more a statement of intention rather than a program, with no substance so far over funding and distribution for projects.

The initiatives for global health and prosperity also were at risk of being overshadowed by a narrative of the G7 v. China. The White House contributed to the impression, presenting B3W as part of “strategic competition” against Beijing.

The US press followed the lead through the final G7 communiqué. The New York Times headlined “a confrontational declaration about Russian and Chinese government behavior”. The communiqué cited issues of human rights and democracy in Xinjiang Province and Hong Kong and called for an investigation of the origins of Covid-19. However, with Germany and others noting that Beijing is needed in efforts against climate change and wary of economic confrontation, the statement was far milder than the US “strategic competition” line.

Whereas the Times pushed its line of “distinctly Cold War overtones”, the UK press focused on the diversion that threatened to overtake the summit: the Johnson Government’s threats to scrap the Northern Ireland Protocol, undermining the Brexit agreement with the European Union and returning a “hard border” between the North and the Republic of Ireland.

Boris Johnson had entered the G7 with the message of a new “Global Britain”. But on the sidelines of the pre-summit meeting with Biden and then the formal sessions, he and his ministers were pronouncing about “sovereignty”, whipping up tabloid declarations of “sausage wars” and chiding the EU for “legal purity” — in other words, observation of international law by maintaining the Protocol and the Brexit agreement. By Sunday, the Johnson camp was falsely accusing French President Emmanuel Macron of say9ng that Northern Ireland is not part of the UK. (In fact, Macron had said — rightly — that Northern Ireland is distinct from Great Britain and located on a different island from that with England, Wales, and Scotland.)

The European media move across the issues, depending on their specific national concerns. Le Monde prefers, “Six Months after Brexit, the Difference Between the UK and the EU over Northern Ireland Poisons the G7”. Germany’s Deutsche Welle features both the vaccine pledge — albeit with the misleading figure “1 Billion” — and China’s fury at G7 “manipulation”. The Italian press summarizes Prime Minister Mario Draghi’s statement that the “dominant theme” of the summit was dealing with China, Russia, and all autocracies that pollute information, interfere in elections, use disinformation aggressively and social media as a weapon, hijack airplanes, kill, kidnap, and use forced labor.