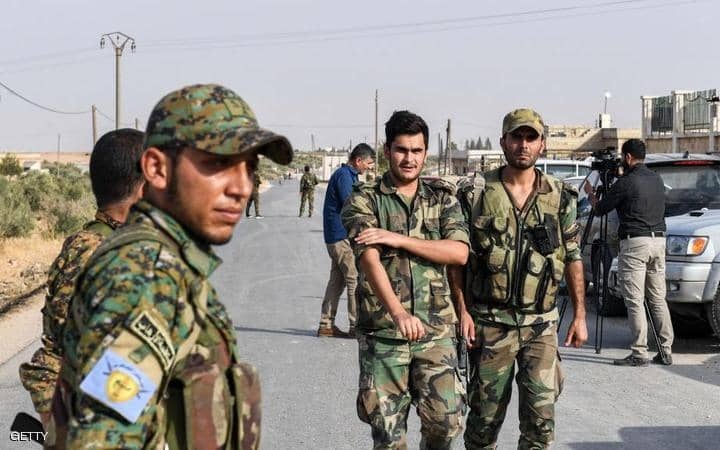 Security and medical officials and residents said at least eight demonstrators have been killed at gatherings against military conscription, amid discontent over economic conditions.

The protests escalated after the first fatality on Monday. A curfew was imposed as many shops heeded a call for a general strike.

Representatives of the Kurdish administration and its Asayish police force held talks with Arab tribal leaders on Wednesday. A joint statement said military conscription will be halted pending review and discussion. All detained protesters will be released.

The Manbij Military Council had initially blamed “criminal cells” acting on instructions from external parties to attack security headquarters. The Kurdish administration for northeast Syria pointed at “Syrian regime and its sleeper cells, Turkey and its mercenaries, and ISIS sleeper cells”.

Manbij has been part of a Kurdish-controlled autonomous zone since the Islamic State were removed from the city in August 2016.

There were demonstrations last month in Kurdish areas over a rise in fuel prices by the local administration. Two people were killed by security forces before the increase was reversed.