EA on Monocle 24: What Did the G7 Summit Accomplish? 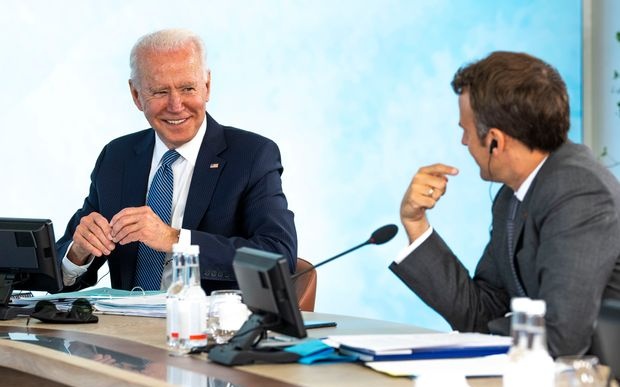 I joined former Ohio State Senator Capri Cafaro and Monocle 24’s Emma Nelson on Monday to assess the scope and significance of the G7 Summit.

We open with the damaging distraction by the British hosts, picking a fight with the European Union over Brexit and the Northern Ireland Protocol, before getting to the official substance of the summit.

To what extent are the G7’s statements on Coronavirus vaccines, climate change, and infrastructure “real” in terms of effective global action? Will the US “strategic competition” with China undermine any advances? And beyond the summit, what should we expect from the meeting between US President Joe Biden and Russian leader Vladimir Putin in Geneva on Wednesday?

G7 Summit: Progress or Letdown? Depends on Your Point of View

Was Boris Johnson scuppering the summit that he was hosting? Over the weekend, he was effectively calling for the scrapping of the Northern Ireland Protocol, which is there to prevent a “hard border”. He was threatening to break international law by doing so as his Foreign Secretary Dominic Raab was being “economical with the truth” — some would say lying — about what [French President] Emmanuel Macron said.

And on the rhetoric over China and “America is Back”:

To simply say “America leads and everyone follows” doesn’t get to grips with issues in a global sense as opposed to the old Cold War framework of the US as the “leader of the Free World” v. the bad guys.