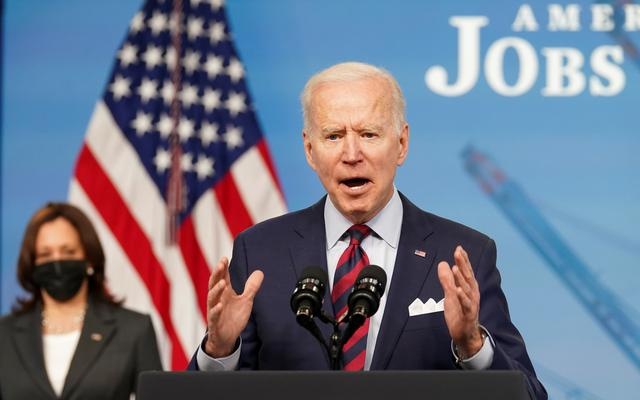 President Joe Biden ends the effort to reach agreement with Senate Republicans on his $1 trillion American Jobs Plan for infrastructure and economic development linking to measures against climate change.

Biden informed Sen. Shelley Moore Capito of West Virginia, the lead negotiator for the Republicans, by phone on Tuesday.

The White House signaled that Biden will now try to work with a bipartisan group of senators who have been working on an alternative plan, calling three of them personally to encourage the initiative. The President also spoke with Senate Majority Leader Chuck Schumer of New York about a Federal budget which could use the reconciliation process, bypassing the filibuster and the 60-vote threshold to end it.

Biden had narrowed the initial $2.3 trillion Plan to $1 trillion and removed the proposal to raise corporate tax from 21% to 28%. Republicans had added only $50 billion to their counter-offer of about about $280 billion in new spending.

Earlier this year, Biden stepped away from efforts at a bipartisan compromise on the $1.9 trillion American Rescue Plan for the Coronavirus pandemic and its economic effects. The Plan passed 50-49 in early March, with all Democrats voting Yes and all Republicans — except one who was absent — in opposition.

Biden’s calls on Tuesday about the bipartisan alternative were with GOP Sen. Bill Cassidy of Louisiana and Democrat Sens. Joe Manchin of West Virginia and Kyrsten Sinema of Arizona.

While Biden is in Europe this week for the G7 Summit, the White House will negotiate with the group through counselor Steve Ricchetti; head of legislative affairs Louisa Terrell; and Brian Deese, the National Economic Council director.

Terrell and Deese have been speaking with the bipartisan House Problem Solvers Caucus, including Democratic Rep. Josh Gottheimer of New Jersey and Republican Rep. Brian Fitzpatrick of Pennsylvania.

The White House is also conferring with House Speaker Nancy Pelosi about a 5-year, $547 billion plan to maintain and upgrade transportation programs.