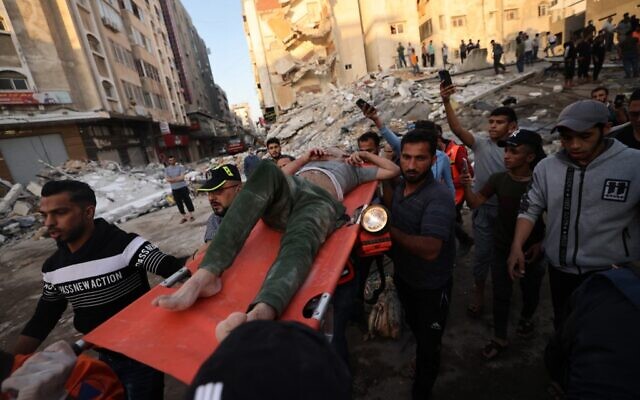 The US has reportedly blocked a UN Security Council statement on the Israel-Gaza killings for the third time in a week.

Jacob Magid, the US correspondent for The Times of Israel, cites “two diplomats” that the US objected again in a Council session on Sunday. The other 14 countries supported the call for a ceasefire, in the statement introduced by Norway, Tunisia, and China.

Council members have until noon on Monday to secure a vote on the measure.

With the Biden Administration moving towards open support of ongoing Israeli attacks on Gaza, the American delegation also blocked a statement last Wednesday. Again, the US was reportedly on its own.

An official at the US mission told The Times of Israel, “Right now we are focused on the intensive diplomatic efforts underway, including those Ambassador Thomas-Greenfield discussed at today’s Security meeting.”

The US Deputy Assistant Secretary for Israeli-Palestinian Affairs, Hady Amr, arrived in Tel Aviv on Friday and has been meeting with officials of Israel and the Palestinian Authority — but not with Hamas, the ruling authority in Gaza.

During Sunday’s Council session, US Ambassador Linda Thomas-Greenfield called on Hamas to immediately stop firing rockets at Israel. She did not mention Israel’s right to defend itself, as senior US officials — including President Joe Biden — have emphasized in their statements.

However, Thomas-Greenfield also did not criticize the Israeli attacks on Gaza, which escalated over the weekend with the destruction of high-rises and the killing of dozens of civilians.

Palestinian Authority Foreign Minister Riyadh al-Maliki told Council members that they “embolden” Israel to keep striking in Gaza when cite Israel’s right to self-defense. He called on them to understand Palestinians will not remain silent in the face of Israeli “aggressions”.

Israeli Ambassador Gilad Erdan called on the Council to “unequivocally” condemn Hamas for indiscriminate fire of hundreds of rockets at Israeli civilians.

See also EA on BBC: Is There An International Path Out of Gaza-Israel Killings?

In Gaza, 192 people have been killed, including 58 children and 34 women, in the past week. Another 15 Palestinians have been slain in the West Bank by Israeli security forces. More than 1000 people in Gaza, including 366 children, have been injured.

In Israel 10 people, including a soldier, have been killed by rocket fire or died while fleeing.

Sen. Chris Murphy, a Democrat from Connecticut, and Sen. Todd Young, Republican of Indiana, have issued a bipartisan call for a ceasefire in Gaza.

Murphy and Young are the chair and ranking minority member of the Senate Foreign Relations subcommittee on the Middle East.

Their statement appeals, “As a result of Hamas’ rocket attacks and Israel’s response, both sides must recognize that too many lives have been lost and must not escalate the conflict further.”

Earlier on Sunday, 28 Senate Democrats, led by Sen. Jon Ossoff of Georgia, called for a ceasefire. The group included Sen. Dick Durbin of Illinois, the second-ranking Democrat in the chamber.