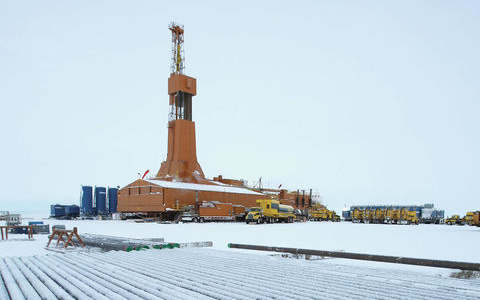 The Justice Department supports the Trump-era decision to allow a large oil and gas drilling project in northern Alaska.

In a briefing in federal court last Wednesday, the Department said the decision for the Willow Project in the National Petroleum Reserve was “reasonable and consistent” with the law.

President Joe Biden has suspended new drilling leases on public land but is allowing the Alaska lease to proceed. Overseen by ConocoPhillips, the project seeks to extract more than 100,000 barrels of oil per day for the next 30 years, from a reserve which is as large as the state of Indiana.

A coalition of environmental groups have sued to halt the drilling. Kristen Monsell, an attorney at the Center for Biological Diversity, one of the groups, said:

The International Energy Agency recently assessed that there must be a ban on new fossil fuel projects if the world is to avoid the danger of global heating.

The temperature increase in the Arctic is three times that of the rest of Earth. ConocoPhillips plans to install chillers into the Alaskan permafrost to refreeze it, ensuring it is stable enough for drilling equipment.

The Willow Project plans up to 250 wells and infrastructure, including processing facility, hundreds of miles of new pipelines and roads, and an airstrip, in the northeast of the reserve.

Native Alaskan groups oppose the project because of its effect on local wildlife, such as polar bears, fish, and migrating caribou.

But Republican Senator Lisa Murkowski maintained, “For all the right reasons, the administration came to the right conclusion, and it was the conclusion that we had been arguing vigorously for.”