Biden on Memorial Day: “Democracy Is In Peril” 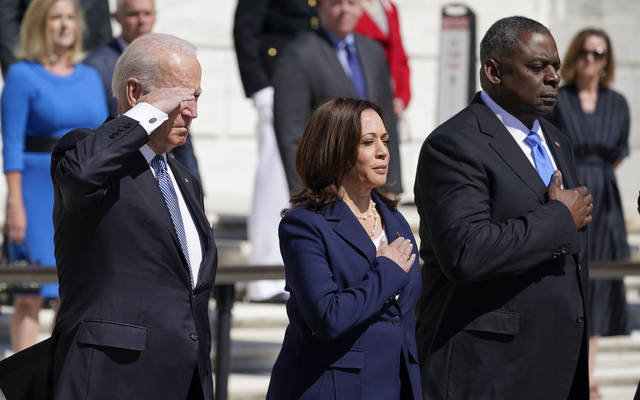 President Joe Biden asks Americans on Memorial Day to defend a democracy which is “in peril”.

The mission falls to each of us, each and every day. Democracy itself is in peril, here at home and around the world.

What we do now, how we honor the memory of the fallen, will determine whether democracy will long endure.

The President made no specific reference to events such as the January 6 attack on the US Capitol, spurred by Donald Trump’s attempts to overturn last November’s election. Instead, he invoked the positive with the ideal of the American system:

This nation was built on an idea. We were built on an idea, the idea of liberty and opportunity for all. We’ve never fully realized that aspiration of our founders, but every generation has opened the door a little wider.

Over the weekend, Donald Trump’s former National Security Advisor Michael Flynn called for a military coup in the US.

At a conference of the QAnon conspiracy movement in Dallas, Texas, a participant asked Flynn if the coup in Myanmar should be repeated at home.

Flynn, who was convicted of lying to the FBI in the Trump-Russia scandal but was pardoned by Trump last November, replied, “There’s no reason. I mean, it should happen – that’s right.”

The audience cheered. Those listening included George Papadopoulos, another Trump advisor convicted over Trump-Russia, and attorneys Sidney Powell and Lin Wood, who were involved in the legal attempts to keep Trump in power by throwing out the election outcome.

At least 800 civilians have been killed and thousands have been detained since Myanmar’s military seized power from an elected government in February.

Amid backlash over his statement, Flynn tried to claim that it did not happen. He posted on Telegram:

Let me be VERY CLEAR — There is NO reason whatsoever for any coup in America, and I do not and have not at any time called for any action of that sort.

Any reporting of any other belief by me is a boldface fabrication based on twisted reporting at a lively panel at a conference of Patriotic Americans who love this country, just as I do.