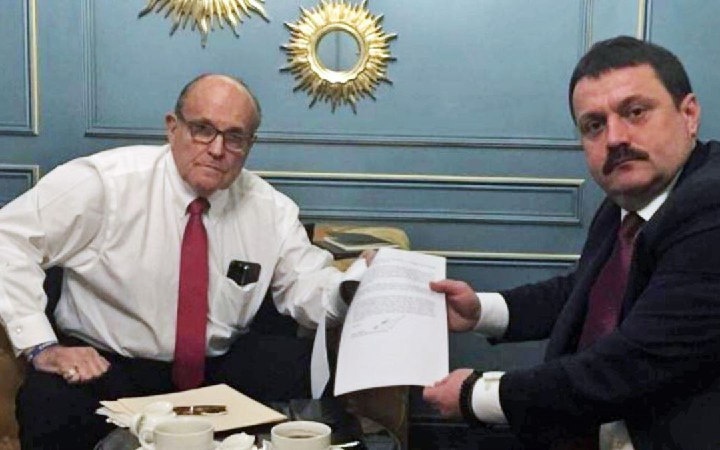 Federal prosecutors are investigating several Ukrainian officials over involvement in the plot by Donald Trump and his lawyer Rudy Giuliani to spread disinformation about Joe Biden in the 2020 Presidential campaign.

The prosecutors, based in Brooklyn, began the criminal investigation during the final months of the Trump Administration. It is is separate from a long-running federal inquiry, based in Manhattan, about Giuliani’s 10-month effort from November 2018 to cultivate the disinformation in discussions with current and former Ukrainian politicians and businessmen.

At the end of April, FBI agents searched Giuliani’s home and office for evidence. The Manhattan inquiry is focusing on whether Giuliani’s efforts were connected to Trump’s removal of the US Ambassador to Ukraine, Marie Yovanovitch. It is a federal crime to lobby the US Government on behalf of foreign officials without registering with the Justice Department.

Giuliani suspended the operation in September 2019, after exposure of Trump’s phone call to Ukrainian President Volodymyr Zelenskiy and the suspension of US military aid unless Kyiv made a public announcement tarnishing Biden.

However, the attorney returned to Ukraine in December 2019 to promote the disinformation, including through a documentary with the One America “News” Network. Prosecutors are examining the people whom Giuliani met, including Ukrainian MP Andriy Derkach.

During impeachment proceedings against Trump over the plot, US intelligence officials warned him that Derkach was hoping to use Giuliani to spread disinformation. Giuliani said he did not receive a similar warning and continued to push the claim, even after the Treasury imposed sanctions on Derkach as “an active Russian agent”.