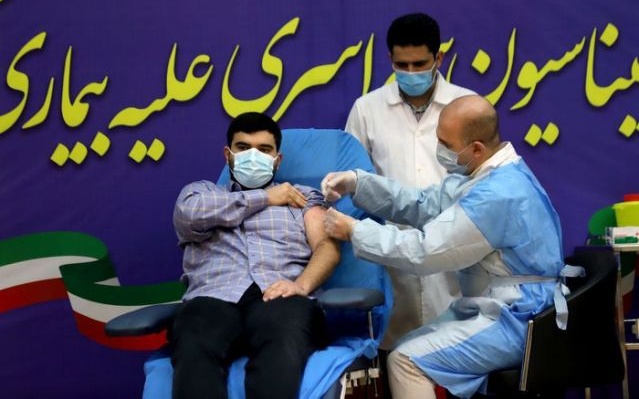 Iran’s record Coronavirus spike in deaths and cases has eased, but authorities are still struggling to roll out vaccinations.

Officials feared that a “fourth wave” would surge even higher, but the Government’s renewed containment measures and injunctions to obey them have had some effect.

Iran’s official totals for the pandemic are now 77,222 deaths and more than 2.24 million cases.

However, Iranians face more infections and fatalities because of the struggling vaccination campaign.

Yet despite a subsequent delivery from the international initiative COVAX — including doses of the Pfizer version, lifting the Supreme Leader’s ban on US- or UK-produced vaccines, Iran has administered less than 1.8 million doses. That covers only 1.1% of a fully-vaccinated population.

There were just over 64,000 inoculations last week. At that rates, Iran will need until next February to cover another 10% of its people.

The site proclaims a vaccination center in the country’s largest mall, west of Tehran: “With 240 injection booths, over 20,000 people can get the jab every day.”

But significantly, the article notes that the center has not been established by the Government but through funding from a “charity organization”.

And it is still only those over 75 who can be inoculated: “[It] will host younger people when the health ministry announces based on age group plans.”

Press TV adds that another 1.4 million doses were received on Sunday night, without specifying their origin.

But MP Mohsen Dehnavi claimed last week that the Health Ministry has not accounted for about 200,000 doses of imported vaccines

Dehnavi, a member of Parliament’s Presiding Board, said his inquiry to Health Minister Saeed Namaki has gone unanswered.

Kianoush Jahanpour, the spokesperson for Iran’s Food and Drug Administration, insisted on Twitter, “No dose has been or will be unaccounted for .The vaccine information is constantly traceable.”

He snapped at Dehnavi, “What has been missing for quite some time is the honesty of some politicians.”