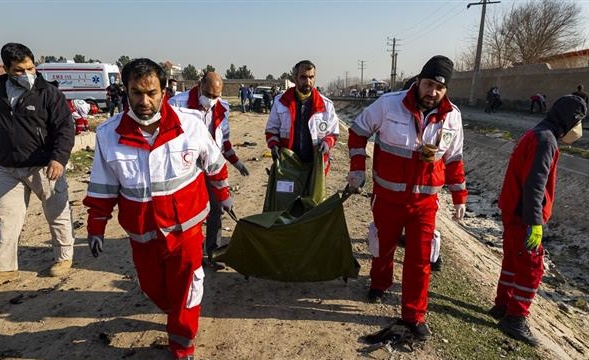 A court in Canada’s Ontario Province has ruled that Iran owes damages to relatives of victims on Ukraine International Flight 752, shot down by the Revolutionary Guards in January 2020 just after the passenger jet took off from Tehran.

Ontario’s Superior Court of Justice found on Thursday that “on a balance of probabilities” the missile attack was an intentional act of terrorism.

Iran, which has no diplomatic relations with Canada, offered no defense in court. The lawsuit names the Supreme Leader and top Revolutionary Guards commanders.

Up to 138 of the 176 people killed on the flight had ties to Canada, including many of the more than 100 Iranian civilians who perished.

An Iranian anti-aircraft fired two missiles at Ukraine International Airlines flight PS752 in the early morning of January 8, 2020, soon after the jet took off from Imam Khomeini Airport near Tehran. The missiles exploded near the plane, bringing it down with shrapnel that tore up the fuselage.

More than 100 of the dead were Iranian citizens. Many of them lived in Canada.

Iranian forces were on high alert, just after Tehran had fired missiles at Iraqi bases where US personnel were stationed. Those attacks were retaliation for the January 3 assassination of Gen. Qassem Soleimani, the head of the Revolutionary Guards’ Qods Force, in a US drone strike outside Baghdad International Airport.

The Iranian military initially tried to cover up the shootdown, claiming the jet had suffered catastrophic engine failure. President Hassan Rouhani was not informed for 48 hours about the cause.

On Saturday, January 11, the military and Rouhani finally announced that the flight had been downed.

However, Iranian officials continued to limit an investigation, blaming “human error” but refraining from any attribution of responsibility.

Agnes Callamard, the UN Special Rapporteur on Extrajudicial, Summary, or Arbitrary Executions, concluded in a 45-page report in February after a six-month inquiry:

The inconsistencies in the official explanations seem designed to create a maximum of confusion and a minimum of clarity. They seem contrived to mislead and bewilder….

The Iranian government claims it has nothing to hide, yet it has failed to carry out a full and transparent investigation in line with its international obligations. As a result, many questions are left unresolved.

An Iranian prosecutor said in April that 10 officials have been indicted the shootdown, but did not name the defendants. The Civil Aviation Organization formally blamed an air defense operator

“We Are Going to Continue to Pursue Them”

Canada’s Garneau told legislators on Thursday, “The behavior of the Iranian government has been frankly unconscionable in this past 15 months and we are going to continue to pursue them so we have accountability.”

The Foreign Minister complained that Iran only handed flight recorders for independent analysis after months of pressure. He noted that Tehran has still not explained why airspace was not closed on January 8.

Ukrainian officials, including Foreign Minister Dmytro Kuleba, have also denounced “a cynical attempt to hide the true reasons for the downing of our plane”.

Garneau said yesterday that it is “totally unacceptable” that Iranian officials “are laying the blame on some low-level people who operated a missile battery and not providing the accountability within the chain of command”.

He said Canada will release its forensic report into the shootdown in coming weeks.