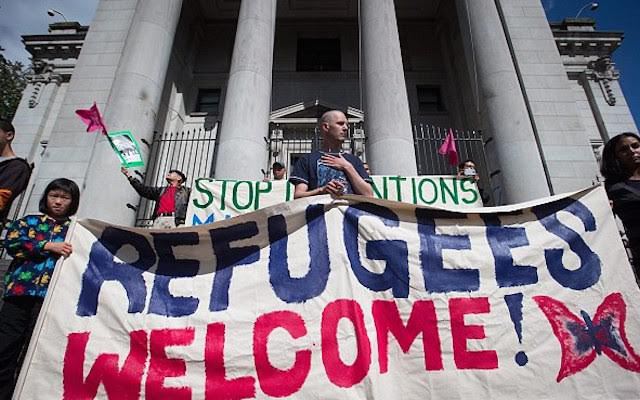 A demonstration against the Trump Administration’s refugee policy (File)

President Joe Biden raises the limit on refugee admissions to 62,500, reversing his initial maintenance of the historic low of 15,000 imposed by the Trump Administration.

Biden said in a statement on Monday, “This erases the historically low number set by the previous administration of 15,000, which did not reflect America’s values as a nation that welcomes and supports refugees.”

In mid-May, the White House recanted on Biden’s campaign promise of 125,000 refugees per year — and February statement of 62,500 — and adhered to Trump’s 15,000, down from 110,000 in the final year of the Obama Administration. It cited a “decimated refugee admissions program, and it conflated refugees and migrants arguing that the former would overwhelm the Department of Health and Human Services’s office processing thousands of young asylum seekers crossing the southern US border.

Biden’s advisors retreated within hours in the face of widespread criticism. Press Secretary Jen Psaki said an increase would be announced by May 15, although she did not give a number.

Biden said on Monday, “The United States Refugee Admissions Program embodies America’s commitment to protect the most vulnerable, and to stand as a beacon of liberty and refuge to the world. It’s a statement about who we are, and who we want to be.”

He acknowledged that the US was unlikely to take in the full quota in 2021, given the budget and staffing cuts of the Trump Administration.

The sad truth is that we will not achieve 62,500 admissions this year. We are working quickly to undo the damage of the last four years. It will take some time, but that work is already underway.