World Unfiltered: A Stable Ukraine At Home and Abroad? 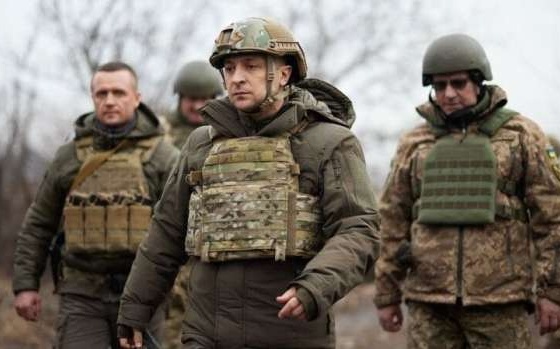 Fighting has surged again in the Donbass region in eastern Ukraine, with Kiev accusing Russia of the killing of four Ukrainian troops by shelling. Russia has mobilized 4,000 troops in a “military exercise” in Crimea, seized by Moscow in 2014 after the Maidan Revolution that overthrew pro-Russian Ukrainian President Viktor Yanukovych.

Can Ukraine, which has also faced long-term issues of corruption, find stability at home and abroad? World Unfiltered looks for answers from Victor Andrusiv, the Executive Director of the Ukrainian Institute for the Future.

3:44: Why should we care about what happens in Ukraine?

6:52: Is Europe recognise that Ukraine as a vital part of the continent, pushing Ukraine away, or something in between?

16:30: Did you and those around you anticipate that Russia would respond to the Maidan Revolution with annexation of Crimea and aggression in eastern Ukraine?

23:51: Is there any chance that Crimea will return to Ukraine in the near future?

28:55: What is the way forward in the ongoing conflict in Donbass? How do you bring eastern Ukraine back to a stable relationship with the rest of the country?

32:40: Do you expect that Russia will continue operations in Donbass if Putin goes? Is this Putin’s operation rather than a Russian operation?

35:14: How has the Zelenskiy Government responded to the issues raised since 2019 in eastern Ukraine?
​
39:06: Did the Maidan Revolution achieve anything?

43:42: Are you hopeful for the future of the country and of Ukrainians?