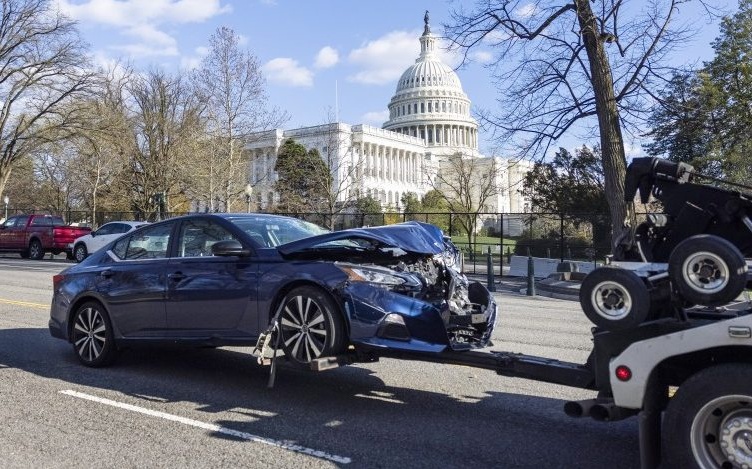 A further discussion of the Capitol attack and the danger of political exploitation, with Turkey’s ANews on Saturday afternoon, including the question: “Is democracy under threat in the US?”

To whip up racism and Islamophobia over this would only add to the tragedy that we already have.

Professor of American studies at the University of Birmingham, @ScottLucas_EA gives us a run-down of the latest developments in Washington. pic.twitter.com/aHRFkzIRNj

ORIGINAL ENTRY, APRIL 3: I joined Monocle 24’s Georgina Godwin on Saturday morning to sift facts from political exploitation of the latest attack on the US Capitol complex, in which a 25-year-old man killed one Capitol Police officer and seriously wounded another.

We go through Friday’s events, and what is known about the suspect Noah Green, who was shot dead by police after he rammed his car into officers and then came out with a knife.

Then we get to the danger of “political poison”: the media outlet, mainly right-wing attack channels, trying to whip up the specter of a racial and religious — “Black Muslim” — assault.

America is still in a fraught state, a tense state after what happened three months ago. The importance of putting context on this event and getting closure — that is essential in the days and weeks to come.