US and China Agree Cooperation Over Climate Change 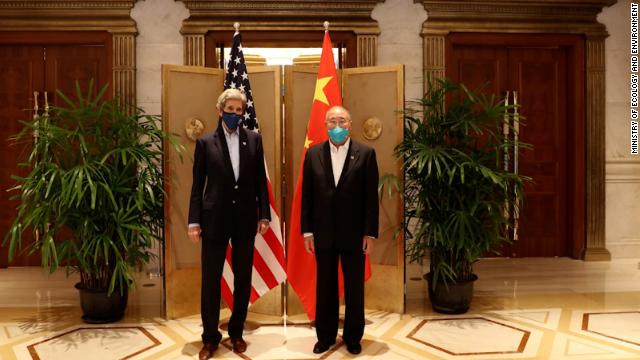 Setting aside tensions in other areas, the US and China agree to cooperate over climate change.

The Biden Administration’s Special Envoy for Climate, John Kerry, and Chinese counterpart Xie Zhenhua met in Shanghai on Thursday and Friday. A joint US-China statement on Sunday said the two countries will “strengthen” the implementation of the Paris Agreement, as the climate crisis “must be addressed with seriousness and urgency”.

The statement continued, referring to November’s COP 26 summit in Glasgow, Scotland: “The United States and China will continue to discuss, both on the road to COP 26 and beyond, concrete actions in the 2020s to reduce emissions aimed at keeping the Paris Agreement-aligned temperature limit within reach.”

In one of his first actions, US President Joe Biden rejoined the Paris Agreement, from which climate change denier Donald Trump withdrew in June 2017.

Both sides recognize that climate change is a serious and urgent threat to the survival and development of mankind….[China and the US] will strengthen cooperation, work together with other parties to address the climate crisis….[We will] further strengthen exchanges and cooperation in areas such as strengthening policy measures, promoting green and low-carbon transitions, and supporting the energy and low-carbon development of developing countries.