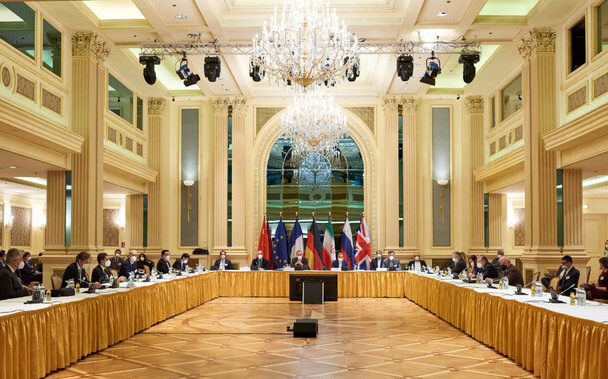 The European Union’s coordinator says progress has been made in talks over the 2015 Iran nuclear deal, although more work is needed.

Bearing out his assessment, Tehran has repeated that it will not accept a “sequenced” approach linking American re-entry to the agreement, lifting of US sanctions, and an Iranian return to compliance with the provisions.

Mora, who is brokering the indirect talks between Iran, the US, and the powers in the agreement (UK, France, Germany, Russia, and China), said meetings in Vienna will resume next week after delegations hold consultations in their national capitals.

Russian representative Mikhail Ulyanov said that third working group has been established to discuss possible sequencing of practical steps leading to full restoration” of the deal. It complements the other groups on technical aspects and on sanctions.

He said, “The first stage is the complete removal of sanctions, an onus on the US which has imposed such sanctions….
“The second step is verification, which will take place after the removal of the sanctions. The third step would be the return to the JCPOA commitments, which we will carry out.”

A Government official, using the State outlet Press TV, repeated that Iran “does not accept the sequential lifting of sanctions”. Officials also threatened to halt participation in Vienna if “discussion stray from the right path and move toward excessive demands and killing time”.

US State Department spokesman Ned Price told reporters, “We probably have more road ahead of us than we do behind us at this stage.”

After the second set of talks culminated in Vienna last weekend, the head of Iran’s delegation, Deputy Foreign Minister Abbas Araqchi, restated Tehran’s precondition of a full removal of US sanctions before talks advance.

Seeking leverage, Iran announced its first enrichment of 60% uranium, which can potentially be further enhanced to military grade 90%.