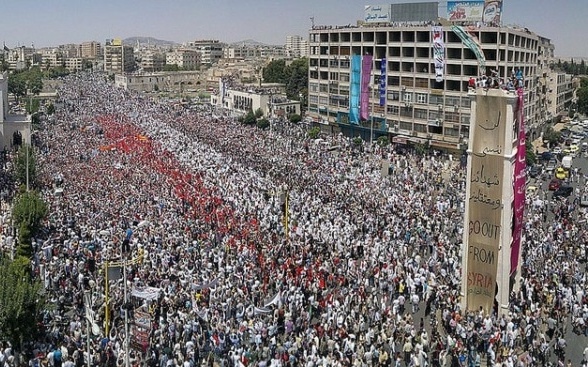 I joined Australia’s Radio Adelaide on Tuesday for a 20-minute special analyzing Syria’s 121-month conflict, from the Assad regime’s mass killings and war crimes to the power politics involving Russia, Iran, Turkey, the US, and other actors.

We begin with the reality of three “Syrias” rather than a single country. We then consider the motives of Russia — taking advantage of the “indecision” of US Administrations — to “become the dominant political influence across much of the country”, including the use of paramilitary forces and disinformation. From there, we move to the Turkish intervention, including its influence in the opposition-held northwest and its pressure on the Kurdish-controlled northeast, and consider the past, present, and future of the US position.

The concluding section talks about the Assad regime’s war crimes and why they still have not suppressed the opposition in northwest Syria.