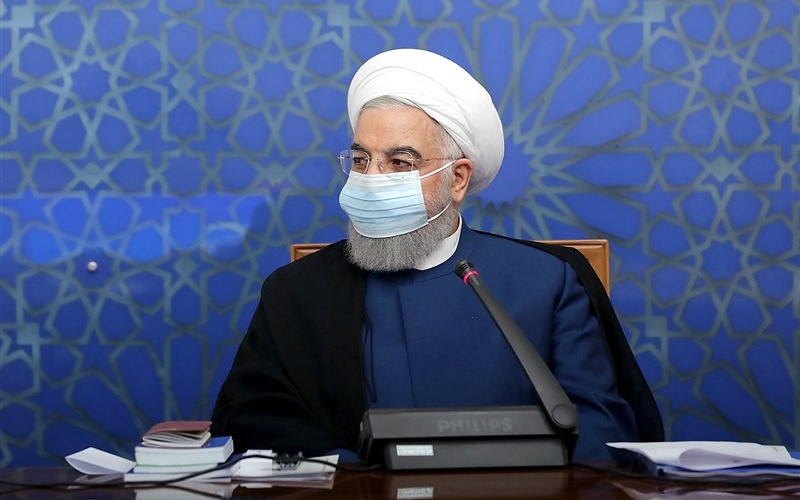 President Hassan Rouhani has acknowledged the scale of Iran’s Coronavirus crisis, as the country faces a record level of cases and a 400% increase in deaths in less than a month.

The President told the National Coronavirus Task Force on Saturday, “The next two weeks are very sensitive. We have no choice but to intensify measures in the field of care and supervision.”

On March 27, a week after Iranian New Year, Rouhani told the same group, “I think the peak of this disease is over.”

Where Are The Vaccinations?

Rouhani began reversing his optimism a week after his March 27 “the peak is over” declaration, speaking of a “fourth wave” in two of Iran’s 31 provinces. As the pandemic spread farther, restrictions were reimposed in the capital Tehran and other cities.

On Saturday, he stepped up his invocations, calling for special teams to monitor the implementation of health protocols. Citing a compliance rate of only 60%, he asserted, “If compliance is not above 90%, we cannot get out of this wave,” and said that “it is necessary to deal” with those who do not observe the measures.

Rouhani referred to an “Indian variant” threatening to escalate cases farther. India is in the grip of its own spike, setting a global record of 332,921 cases on Thursday, compared to 12,286 cases on March 1.

The President tried to offer some assurance with “vaccination for all people will be done for free”. However, he said:

Our dear people should know that in order for us to be able to provide a type of vaccine from the COVAX basket, we need at least $178 billion. Of course, we have the money, but the problem is transferring the money. This is one of the problems that the sanctions have created for us.

Iran broadcast the first inoculation on February 8, announcing delivery of supplies of Russia’s Sputnik V vaccine. Rouhani pledged “significant” vaccinations by the start of Iranian New Year. But the rollout never followed, with the Government failed to meets its target of obtaining 2.8 million doses by March 21.

In early April, as fear grew of the “fourth wave”, the Supreme Leader quietly withdrew his ban on vaccines from the US or UK. The first vaccine consignment under the World Health Organization’s COVAX program included more than 700,000 doses of the Oxford/AstraZeneca vaccine.

Coronavirus: Amid Surge, Iran Leadership Rattled by No Vaccine Rollout

On April 22, Health Minister Saeed Namaki said joint production of Sputnik V vaccine will begin in the next two weeks, claiming that Iran will be among the “best” producers in the world by May.

The Islamic Republic reports that it has imported a total of 2.95 million doses and administered 667,202.