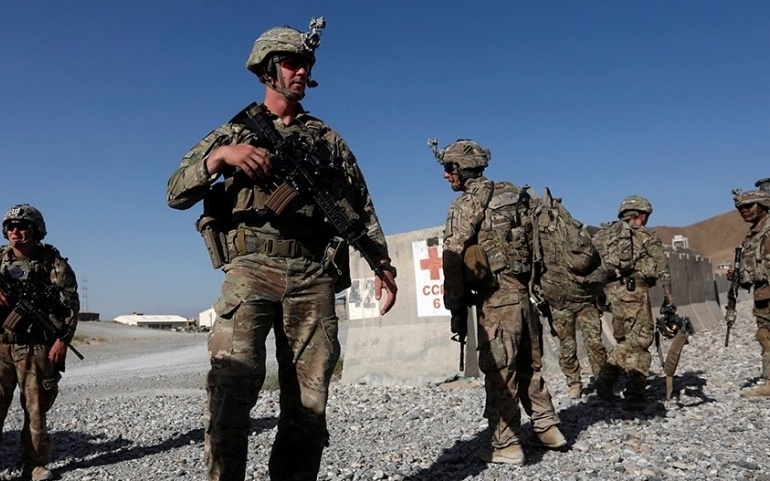 Addressing the nation, President Joe Biden announces the withdrawal of US forces from Afghanistan by September 11, declaring that “it is time to end the forever war”.

Biden said America’s main mission, to defeat terrorism, had been accomplished long ago and indicated there was no reason for a US military presence, after almost 20 years, to pursue a political resolution and stability.

War in Afghanistan was never meant to be a multigenerational undertaking. We were attacked. We went to war with clear goals. We achieved those objectives….

We cannot continue the cycle of extending or expanding our military presence in Afghanistan, hoping to create ideal conditions for withdrawal, and expecting a different result.

The withdrawal of about 2,500 American troops will begin from May 1.

The President dismissed the need for US troops to remain, despite the Taliban controlling more than half of a fractured Afghanistan, ongoing violence, and the uncertain fate of talks for a power-sharing arrangement with the Afghan Government.

We gave that argument a decade. It’s never proved effective. American troops shouldn’t be used as a bargaining chip between warring parties in other countries. You know, that’s nothing more than a recipe for keeping American troops in Afghanistan indefinitely….

We delivered justice to [Osama] Bin Laden a decade ago. And we’ve stayed in Afghanistan for a decade since. Since then, our reasons for remaining in Afghanistan have become increasingly unclear….

See also EA on Monocle 24: Is US Abandoning Afghanistan’s People?

Blinken maintained, “Bringing our troops home doesn’t mean the end of our relationship with Afghanistan.”

But visiting Arlington Cemetery after his statement, Biden said it was “absolutely clear” that the US military presence had to end.

REPORTER: Was it a hard decision to make, sir?

BIDEN: No it wasn’t. … It was absolutely clear … we went for two reasons: Get rid of bin Laden and to end the safe haven. … I never thought we were there to somehow unify … Afghanistan. It’s never been done. pic.twitter.com/gVHixStVdi

The President overruled the position of the Pentagon, which has sought the maintenance of some forces to collect intelligence and provide support to Afghan Government security forces against the Taliban threat.

Biden, Blinken, and Austin each said that, during the withdrawal, the US will “defend ourselves and our partners with all the tools at our disposal”. None of them explained how the Afghan Government and its forces will be protected if the Taliban reject political discussions and pursue a violent return to power across the country.

“Are the Taliban Coming?”

Afghan President Ashraf Ghani has been privately angered by the US decision, according to “people who have spoken to him”. But on Twitter, he said he “respects the US decision and we will work with our US partners to ensure a smooth transition, maintaining that Afghanistan’s security forces are “fully capable of defending its people”.

The White House summarized a call between Biden and Ghani:

They discussed their continued commitment to a strong bilateral partnership following the departure of U.S. troops from Afghanistan and affirmed shared respect and gratitude for the sacrifices made by American forces, alongside NATO allies and operational partners, as well as by the Afghan people and Afghan service members over the past two decades.

In western Afghanistan, Basireh Heydari, a Herat University student, said, “The Americans are leaving. We have terrible days ahead with the Taliban. I’m worried they won’t let me leave the house, let alone what I’m doing now.”

Economics student Salma Ehrari added, “I’ll lose my education and of course Americans are responsible for that, not the Taliban – this is just the Taliban’s nature.”

And social activist Basireh Safa Theri, who started a girls’ school, says, “Students are coming to my office and asking, ‘Are the Taliban coming? Will we be able to keep coming to school or not? We want to use the very last seconds’.”