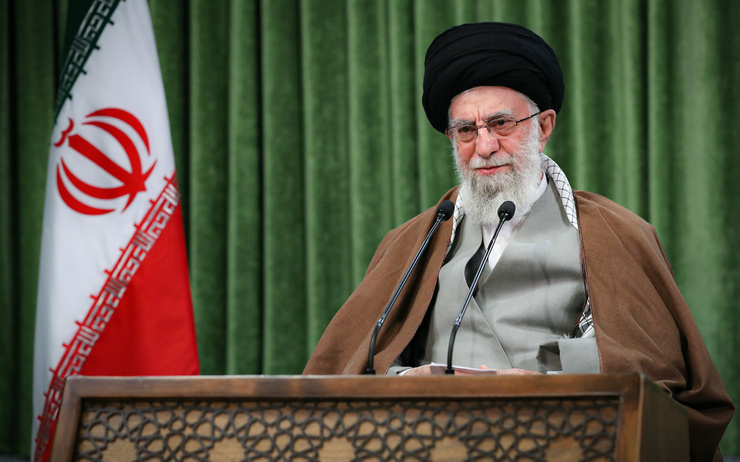 Iran’s Supreme Leader has clung to his notion of a “resistance economy”, telling the country not to expect a resolution of the nuclear issue — and an end to US sanctions — in the near-future.

Ayatollah Khamenei issued the statement in a pair of weekend messages for Iranian New Year. He repeated the demand that the Biden Administration must lift all sanctions before any discussion of a US return to the 2015 nuclear agreement between Iran and the 5+1 Powers (US, UK, France, Germany, China, and Russia).

“The Americans must lift all sanctions. We will verify it and if sanctions are…really cancelled, we will return to our obligations without any problems,” Khamenei said.

But he told Iranians not to expect any relief in the near future from the sharp drop in trade, including a fall in at least 60% in oil exports since April 2018.

“We have a lot of patience and we are not in a hurry,” Khamenei said. “You should assume that sanctions will remain in place and plan the country’s economy based on sanctions.”

The Supreme Leader first proclaimed the “Resistance Economy” in 2012, amid US and UN sanctions and with no public discussions of Iran’s nuclear program.

However, in September 2013, he gave way to President Hassan Rouhani’s warning of economic crisis and authorized the open talks that eventually produced the July 2015 deal.

On Saturday, Khamenei returned to his defiance of any economic problems, proclaiming that the Iranian year would be one of “production, support, and removal of barriers”.

He assured, “There is good ground for a production leap.”

President Rouhani was more measured in his Nowruz message. He acknowledged “the worst in 60 years in terms of oil revenues”, while maintaining, “We will defeat the sanctions….I am more hopeful than eight years ago.”

Iran’s oil exports sagged up to 95% from the April 2018 level of 2.5 million barrels per day, amid comprehensive sanctions imposed by the Trump Administration in November 2018.

There was a recovery last year, but the extent is uncertain. Estimates from shipping and tanker analysts varied from 400,000 to 1.1 million bpd.

The total has been further obscured by Iran’s movement of oil on the “gray market”, trying to avoid detection and sanctions. China more than doubled its purchases in February, reaching a two-year high.

Oil revenues now make up less than 15% of Iran’s GDP, compared to more than 50% three decades ago. However, Tehran’s non-oil exports have also sunk. Amid the Coronavirus pandemic, sanctions, and internal issues, Iran’s trade with its largest customers — China, the Gulf States, Turkey, India, South Korea, and Japan — fell between 60% and 95%.