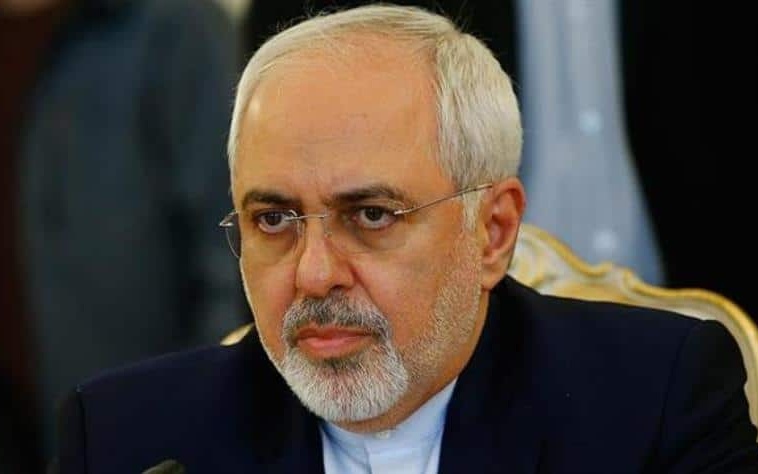 The Biden Administration is maintaining the line that indirect discussions with Iran are ongoing.

National Security Advisor Jake Sullivan also hinted that the Administration is now proposing a sequenced process, rather than the conditions that the Iranians move first with compliance with the provisions of the nuclear deal.

Diplomacy with Iran is ongoing, just not in a direct fashion at the moment. There are communications through the Europeans and through others that enable us to explain to the Iranians what our position is, with respect to the compliance-for-compliance approach.

#Iran FM @JZarif sent a letter to the #EU foreign policy chief @JosepBorrellF on March 12, said Iranian Foreign Ministry spokesman adding "the letter explains Iran's attitude on the developments regarding the #JCPOA and does not contain any plan".

ORIGINAL ENTRY: Iran’s Foreign Minister Mohammad Javad Zarif (pictured) has chided the Biden Administration for making “any future progress more difficult” in talks about US re-entry to the 2015 nuclear deal between Tehran and the 5+1 Powers.

Zarif issued the declaration in an attempt at leverage with the European Union, whose invitation for informal discussions was rejected by Iran last week. In a letter to the EU’s foreign policy chief Josep Borrell, the Foreign Minister complained:

Zarif extended his criticism to the Europeans, accusing them of plotting with the US in “a misinformation propaganda campaign” of “extortion” for Iranian concessions.

The letter was “obtained” by the recently-launched Amwaj Media. The outlet did not say the document was leaked or provided by Zarif.

The Foreign Minister’s complaint indicates that the catalyst for the letter was the failure to unfreeze Iranian assets in South Korea, citing “the decision to prevent the Republic of Korea from transferring a fraction of the unlawfully blocked and urgently needed monies”.

Iran has hoped to bring back $7 billion in assets, blocked by US sanctions. Officials had proclaimed success earlier this month in obtaining up to $3 billion, but the process stalled earlier this week.

Blinken told a Congressional hearing on Wednesday that statements of Seoul unfreezing $1 billion are untrue.

The report is incorrect. Unless and until Iran comes back into compliance, they won’t be getting that relief, and the report that you’re referring to is simply incorrect.

A “senior US official” said the repatriation of the assets might be a parts of talks for a US return to the deal and an Iranian return to compliance with its provisions.

However, the head of Iran’s Atomic Energy Organization, Ali Akbar Salehi, told US outlet PBS Newshour this week that Iran will not accept a “sequenced” resolution, linking the removal of US sanctions to Iran’s reversal of 20% uranium enrichment and limits on inspections of nuclear faciities.

Zarif’s letter says the block on return of Iranian assets “is not only unconscionable but entails international criminal responsibility for a willful and intended starvation of an entire population”.

The Rouhani Government has been counting on the unfreezing of assets to ease Iran’s economic crisis. South Korea and other leading oil customers such as India have cut off all purchases because of the US sanctions, imposed on a comprehensive basis by the Trump Administration in November 2018.

China has offered some relief to Tehran by more than doubling its oil imports in the past month, albeit at a heavily-discounted price.

Zarif restated the “You Go First” position of Tehran, saying all US sanctions must be lifted before talks are convened and Iran returns to compliance with the Joint Comprhensive Plan of Action.

The Biden Administration has publicly declared that Iran’s return to compliance must come first, while welcoming talks and accepting the European Union invitation.