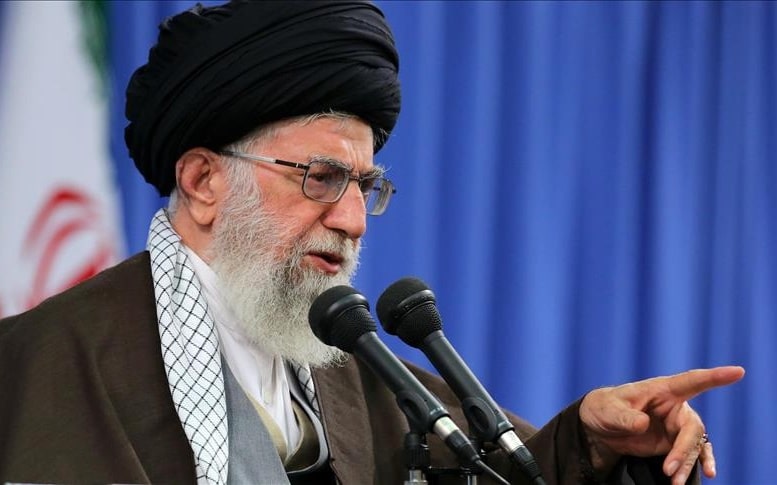 Iran has again rejected a “sequenced” approach to nuclear talks — even before the Biden Administration formally presented its proposal.

A US official “familiar with the situation” told Politico on Tuesday that the proposal would be tabled this week, “more than anything, about trying to get the conversation started”.

A “senior Biden administration official” declined to discuss the initiative. However, he hinted at the procedure, in which Iran begins a return to compliance with the 2015 nuclear deal — including a halt to enrichment of 20% uranium — while the US begins the lifting of sanctions.

“We have been clear that we are ready to pursue a mutual return to the [deal],” the official said. “We have also been open that we are talking with our partners…about the best way to achieve this, including through a series of initial, mutual steps. We have been looking at options for doing so, including with indirect conversations through our European partners.”

The Rouhani Government did not wait for the communication via European channels. Instead, a “senior Iranian official told Press TV that enrichment of 20% uranium, which Tehran resumed in January, “will be stopped only if the US lifts all the sanctions”.

He threatened more suspension of provisions under the deal with the remaining 5+1 Powers (UK, France, Germany, China, and Russia): “The Biden Administration is losing time, and if it fails to lift the sanctions soon, Iran will take the next steps, which will be further reduction of its JCPOA commitments.”

Iran has begun enriching uranium with a more advanced centrifuge.

The installation breaches the 2015 nuclear deal with the 5+1 Powers, which limited Iran to its existing IR-1 centrifuges.

But as the Rouhani Government suspended adherence to deal provisions, following the Trump Administration’s imposition of comprehensive sanctions, Iran began enriching underground with IR-2m centrifuges and moved three cascades of advanced models from the above-ground plant to the below-ground Fuel Enrichment Plant.

A Parliamentary bill in December commanded the Government to begin production with the advanced centrifuges unless US sanctions were removed. The IAEA said Iranian officials are planning to install a second cascade of IR-4s.

Iran has now installed 5,060 IR-1 centrifuges in 30 cascades and 522 IR-2m centrifuges in three cascades, in addition to the cascade of 174 IR-4 centrifuges, for production of 5% uranium.

Suspending another provision of the nuclear deal, Iran has returned to its pre-2015 production of 20% uranium at its Fordow complex.

An Iranian “security source” has denied any indirect contacts with the US about the 2015 nuclear deal.

The Iranian official, speaking to State outlet Press TV, rebuffed comments by US White House National Security Advisor Jake Sullivan pointing to indirect diplomacy. The source declared that the remarks were only to get the Biden Administration “out of a crisis”.

Tehran has publicly rejected any discussions with the US before American sanctions are fully lifted. However, Sullivan said last Friday, “Diplomacy with Iran is ongoing, just not in a direct fashion at the moment.”

Sources have indicated that messages from Washington to Tehran have been passed by the European Union and by the Swiss Embassy in Iran, which represents American interests.

Sullivan bolstered this with reference to talks for a “sequenced” process, “There are communications through the Europeans and through others that enable us to explain to the Iranians what our position is with respect to the compliance for compliance approach and to hear what their position is.”

Iran’s officials have publicly slammed the door on “sequenced” nuclear talks, in which lifting of US sanctions would be linked to Tehran’s return to compliance with the terms of the 2015 nuclear deal with the 5+1 Powers.

The Biden Administration and European Union sought the arrangement for American re-entry into the deal, following the Trump Administration’s withdrawal in May 2018.

But the head of Iran’s Atomic Energy Organization, Ali Akbar Salehi, rejected the process in an interview with US outlet PBS Newshour broadcast last week. He reverted to the “You Go First” position, with the US removing sanctions before discussions begin: “You are the one who has left the deal, and you have to come back to the deal, and then we sit on the table.”

The position was reinforced in a letter from Foreign Minister Mohammad Javad Zarif to the European Union, published by Amwaj Media, after South Korea declined to unfreeze Iranian assets held under the US sanctions.

Criticism of US and Europe

The site portrays a “battle of brawn” with “Iran on one side” and the US alongside the three European participants in the nuclear deal — the UK, France, and Germany.

The officials say the Rouhani Government was willing to consider the “sequenced” approach. However, it says this was closed off when the three European countries presented a resolution at the International Atomic Energy Agency criticizing Tehran’s limits on inspections of nuclear facilities.

The resolution followed Iran’s withdrawal from the Additional Protocol of the Nuclear Non-Proliferation Treaty, restricting “snap” inspections and withholding surveillance videos from the IAEA.

Having rejected the European Union’s invitation to informal discussion, the Iranian officials stepped up the message on Saturday: any communications should not be through the EU but through the Swiss Embassy representing US interests in Iran.

Not only does not Tehran consider the Europeans to be any better than US President Joe Biden himself, but also it suspects that they could be providing wrongful and misleading consultation and assessments to the new American Administration.

The officials say contacts had include the possible unfreezing of between $1 billion and $15 billion in Iranian assets around the world. But in an intriguing reference, the Press TV account points to uncertainty and possible division within the Iranian leadership: “Those who have been proposing the idea on the part of Tehran have not been certain whether the proposal was in accordance with the policies of the country’s establishment.”

It concludes that the proposal for a sequenced approach was dismissed “as it did not suit the establishment’s policies on the issue of the JCPOA [Joint Comprehensive Plan of Agreement”.