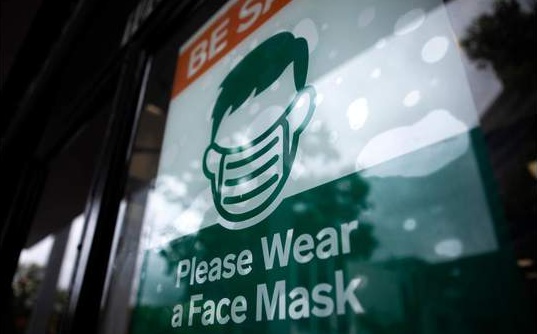 Biden said on Wednesday that the orders by the governors of Texas and Mississippi removing the mandates were “a big mistake”. He told reporters at the White House.

We are on the cusp of being able to fundamentally change the nature of this disease because of the way in which we’re able to get vaccines in people’s arms….

Wear a mask and stay socially distanced. And I know you all know that. I wish the heck some of our elected officials knew it.

On Tuesday, Texas Gov. Greg Abbott announced that he would lift a mask requirement and allow all businesses to operate at full capacity, even though vaccinations in the state are far behind the national average. There are more than 7,000 new daily including variants of the virus.
.
Texas is third in the US in Coronavirus deaths with 44,463, and second in cases with 2,675,712.

Biden announced on Tuesday that the Government will have obtained enough vaccine for all American adults to be inoculated by the end of May. But the Goverment’s leading experts, such as Dr. Anthony Fauci and Centers for Disease Control and Prevention director Rochelle Walensky, warned that ongoing measures are necessary “to stop a potential fourth surge of cases in this country”.

Biden: “Vaccine for Every Adult American by May 31”

Houston Mayor Sylvester Turner spoke of a “dangerous” attempt “to deflect from the statewide failure” in handling a winter storm last month that left millions of Texans without power or water. San Antonio Mayor Ron Nirenberg of San Antonio also feared a “huge mistake”, while Dr. Victor Treviño, the head of the health authority of Laredo, said the step could “eliminate all the gains that we have achieved”.

The county judge of Dallas County, Clay Jenkins, said Abbott “absolutely” reopened the state to distract residents from the toll of the storm and the aftermath of high electricity bills and credit card balances: “This gives people something to talk about other than the state’s failure to protect the power grid.”

Dr. Katelyn Jetelina, an epidemiologist in Dallas, explained that the combination of the winter storm, new virus strains, and Abbott’s reopening will postpone a return to normal life: “We have a lot of things going against us right now.”

Thirteen states — including South Dakota, which never required masks — now have no mandate.

The CDC’s Walensky repeated at a White House briefing on Wednesday, “Now is not the time to release all restrictions.”

In Texas’s El Paso County — where one in seven residents have had the virus — County Judge Ricardo Samaniego reflected, “We still have mortuaries that are saturated. We still have bodies that have been there for two to three months.”

He said the leaders in the six largest Texas counties had not been consulted: “We were doing so well. We had worked so hard.”

But in Mississippi, Gov. Reeves also defended the removal of mandates. While saying, “We continue to suggest that you do the right thing”, he proclaimed to residents that “the government is no longer telling you what you can and cannot do”.

He fired back at Biden’s reaction:

President Biden said allowing Mississippians to decide how to protect themselves is “neanderthal thinking.”

Mississippians don’t need handlers. As numbers drop, they can assess their choices and listen to experts. I guess I just think we should trust Americans, not insult them.

Many private businesses in Texas and Mississippi are maintaining mask requirements, and Missisippi is still permitting cities and counties to issue local orders.

But Dr. Mary Carol Miller, at Greenwood Leflore Hospital in the Mississippi Delta, said the lifting of a statewide measure removed the message that the virus is still circulating.

“The light’s there at the very end of the tunnel, and now we’ve made the tunnel longer,” she said. “It’s foolish. It’s beyond foolish.”