Biden: Putin is a “Killer” and “Will Pay A Price” Over Election Interference 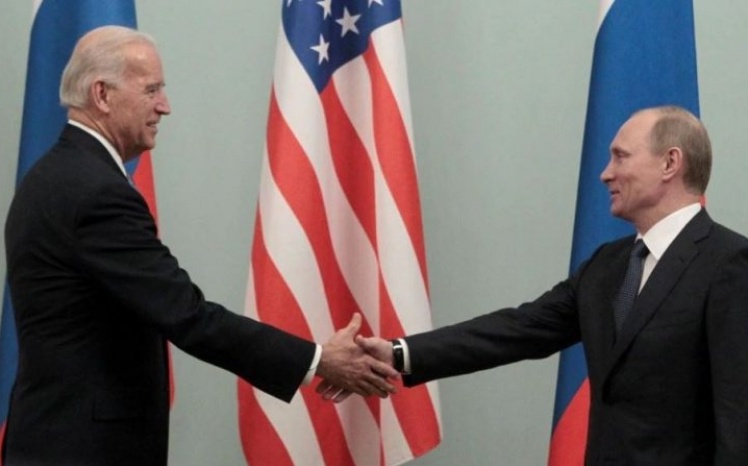 President Joe Biden has criticized Russian leader Vladimir Putin as a “killer”, and said the Kremlin “will pay a price” for its interference — including co-operation with the camp of Donald Trump — in the 2020 US Presidential election.

Biden spoke to ABC News on Wednesday morning about a declassified US intelligence assessment that detailed the Russian operations last year. The National Intelligence Council said Putin oversaw “influence narratives — including misleading or unsubstantiated allegations against President Biden —through US media organizations, US officials, and prominent US individuals, some of whom were close to former President Trump and his administration”.

US officials have indicated that further sanctions will be imposed on Russia. Seven high-level Russian officials, including the head of foreign operations of the FSB intelligence services, and six entities were sanctioned in early March over the attempted assassination and subsequent detention of opposition figure Alexei Navalny.

Asked if he thought Putin was a killer, Biden responded, “Mmmhmm, yes I do.”

Saying “I know him relatively well,” he spoke of an encounter with Putin, soon after President George W. Bush said in 2001 that he had looked into the Russian leader’s eyes and seen his soul.

Biden recounted that, in their meeting, he told Putin that he did not believe the Russian leader had a soul.

“His response was ‘We understand one another’,” Biden said.

The President reflected, “The most important thing dealing with foreign leaders in my experience…is just know the other guy”.

Biden assured that while taking a firm line against the Kremlin’s operations, it is possible to “walk and chew gum” at the same time by reaching accords.

Last month both countries extended the New START Treaty, the last nuclear arms agreement between the US and Russia, for five years.

“There’s places where it’s in our mutual interest to work together,” Biden summarized.

New US Restrictions on Exports

The Commerce Department announced another measure on Wednesday, expanding export restrictions. The “presumption of denial” covers the export and reexport of items controlled for security reasons, with exceptions for products related to civil aviation and government space cooperation.

Russian operatives tried to kill former spy Sergey Skripal and his daughter Yulia with the nerve agent Novichok in southern England in March 2018. The same agent was used last August in the attempt to kill Navalny.

Following the broadcast of Biden’s remarks, the Kremlin recalled its Ambassador to the US “for consultations concerning future bilateral relations”.

The Russian Embassy in Washington said Anatoly Antonov will fly to Moscow on Saturday.

The Embassy declared, “He will hold meetings at the Russian Foreign Ministry and other government agencies to discuss ways of correcting the Russian-US ties, which are now in a crisis.”

Such remarks cannot be tolerated under any circumstances and will inevitably rise tensions between our countries. The recall of the Russian ambassador to US for consultations is a prompt, adequate and the only sensible response in such a situation.

I suspect that if the US fails to provide an explanation and apology, it won’t end there.