Why Are We Silent About Tanzania’s New President? 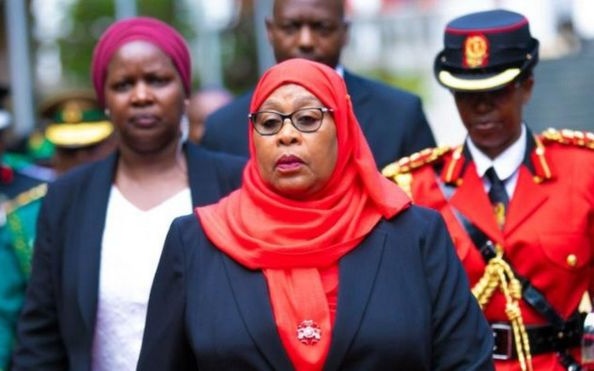 Hassan was Magufuli’s running mate in 2015, and they were re-elected last year. She will serve out the remainder of the five-year Presidential term.

Affectionately known as Mama Samia, the 61-year-old was first elected to public office in 2000. After various Governmental roles, she rose to national prominence in 2014, as the vice-chair of the Constituent Assembly, tasked with creating and drafting a new constitution.

I witnessed history through the coverage of Al Jazeera’s Catherine Soi and the tweets of Professor Nic Cheeseman, Professor of democracy of the University of Birmingham.

But why are few others outside Africa taking any notice?

You might think there would be international fanfare, front cover profiles, and a celebration of Mama Samia as East Africa’s first woman head of state running a Government. But there has been relative silence, compared to other success stories such as the rise of Jacinda Ardern, the New Zealand Prime Minister, or Kamala Harris becoming US Vice President.

When Ellen Johnson Sirleaf became the President of Liberia in 2006, most of the world’s liberal media championed her and her causes. Leaders like UK Prime Minister Tony Blair rushed to hang out with her.

Could it be Tanzania isn’t as important as Liberia? Is Mama Samia’s story not as ready-made for empathy as that of Ardern, Harris, or other women politicians in the “West”? Could it be that people assume Tanzanian democracy is not as important as US or UK democracy, despite the evidence of the past 12 months?

Or could it be as one of my friends said to me, “Hasan, it’s Africa, it’s a Muslim woman, and it isn’t a viral social media movement which is shared by [London Mayor] Sadiq Khan or [UK Baroness] Sayeeda Warsi — so others wouldn’t really care”?

Whatever the reason, it is likely that if Hassan was a leader based in the “West”, or if she was leading a country with a stronger connection to the west, or even if she was an Arab or a fair-skinned South Asian political leader, the silence would have been broken.

I scroll through my Facebook feed. Only two people have posted about Hassan’s ascent to office. Both are Black and from Africa. On my Twitter notifications, apart from the updates from news organisations, only two accounts have mentioned the story – both are white men who have an interest in African politics.

When epochal events take place, there are a rush of social media posts linking ourselves to the event, whether the cause is Black Lives Matter, MeToo or Reclaim the Streets. Mama Samia’s story may not be directly connected to these taglines for change, but as a Black, a Muslim, and a woman in another moment of history, is she unimportant?

There is much to do for advocates of progressive causes to de-clutter the mind and remove cognitive bias on race.

If we want to eradicate racism, then it is not enough to challenge the institutions and individuals whom we view as regressive. We also pay attention to our progressive communities. During last summer’s protests of Black Lives Matter, in the wake of George Floyd’s murder, I wrote, “While we learn of #BlackLivesMatter and structural racism, let’s also understand our silence to the subtle racisms within our communities, families, and homes.”

Mama Samia is a marker both of our silence and of how far we have to go.