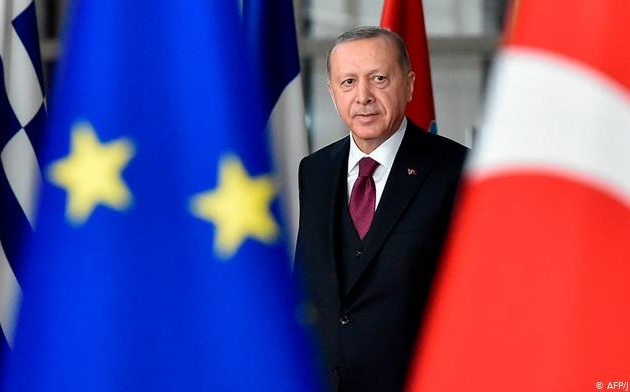 It is now more than 21 years since Turkey was approved to apply for European Union membership. Since then, Recep Tayyip Erdoğan has become the Turkish leader, and there have been a series of conflicts between Ankara and Brussels, including economic matters, rights and “democracy”, and the Cyprus and Eastern Mediterranean issues.

These could cause a wider fracture, with Turkish accession to the EU receding into the distance. Alternatively, some analysts believe developments such as immigration and a possible customs union could bring a rapprochement.

To sort through this, World Unfiltered turns to Professor Senem Aydın Düzgit of Sabancı University, a leading interpreter of Turkish-EU relations.

9:14: Since 1963, when Turkish association began with the European Economic Community, has the relationship been steady? Or has it had ups and downs?

You see a Turkey that is turning further and further away from Europe, and you see a Europe that is enabling that.

13:21: Why didn’t the EU membership process culminate in Turkish accession?

There were always equivocal, ambivalent messages from the EU. What happens when you give such messages out?

If a country is negotiating accession, it has to undertake reforms. But the reforms are costly, so you have to know that you are definitely going to succeed.

The whole process has to have a high degree of credibility, and that has been missing in the case of Turkey.

23:00: How much has Turkish cultural identity shifted in recent years regarding Europe and relations with Europeans?

27:15: How does economic interaction with Europe change Turkish public attitudes, particularly within business?

30:28: Is migration a barrier to or a catalyst for closer Turkish-EU relations?

37:20: Is there any step that the EU could take to get this beyond the transactional relationship for a more cooperative approach to the Eastern Mediterranean?

44:25: To what extent is President Erdogan’s approach shaped by a belief that Europeans were too slow to denounce the coup attempt in 2016 and give support to the Turkish Government?