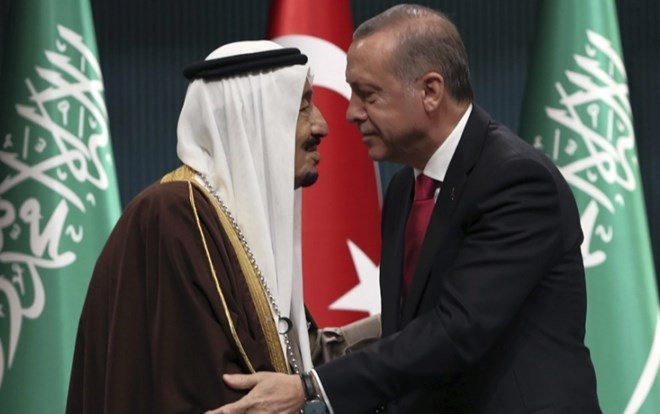 During the leadership of Prime Minister and then President Recep Tayyip Erdoğan, Turkey has been seeking to extend its influence in the Middle East. However, as Ankara has built links in particular with Qatar, the Gulf States have been roiled with division — the Saudi-UAE blockade of Qatar from 2017, the intervention in the Yemen conflict from March 2015, differing positions in the Syrian conflict, and their approaches to Iran.

So amid reports of Turkish talks with Riyadh and the Emirates, what do the recent history and context of Ankara’s relationship with the Gulf States tell us about prospects in 2021?

3:40: Has Turkey been involved in the Gulf region since 1945? Or is this more a feature of the policy of the last 20 years, including under President Erdoğan?

15:10: Did the support of different anti-Assad factions in Syria’s conflict split Turkey and Qatar from Saudi Arabia and the UAE?

17:25: Was Turkey’s relationship with Saudi Arabia and the UAE primarily a reaction to the Saudi-Emirate blockade of Qatar in 2017?

20:15: Where are we now in 2021? Should we start first from individuals such as President Erdoğan and Saudi Crown Prince Mohammad bin Salman? Or should we look at this more in terms of institutional ties?

23:00: To what extent did President Erdogan see the murder of the Saudi dissident journalist Jamal Khashoggi, in the Saudi consulate in İstanbul, as a personal affront to him by Mohammed Bin Salman?

25:00: Reports last week suggest there have been talks between Turkish officials and Saudi and Emirati counterparts. Is this a rapprochement between Turkey and Saudi Arabia and the UAE after the lifting of the blockade on Qatar?

30:00: To what extent can the US encourage the reconciliation between Turkey and Gulf States? Or should the Biden Administration stand back?

33:45: Aren’t we in a position where the “Mohammad Bin Salman problem” cannot be solved, and so will limit better relations between Turkey and the Gulf States?