#EndSARS Reached the World, But Did Nigeria’s Government Escape Accountability? 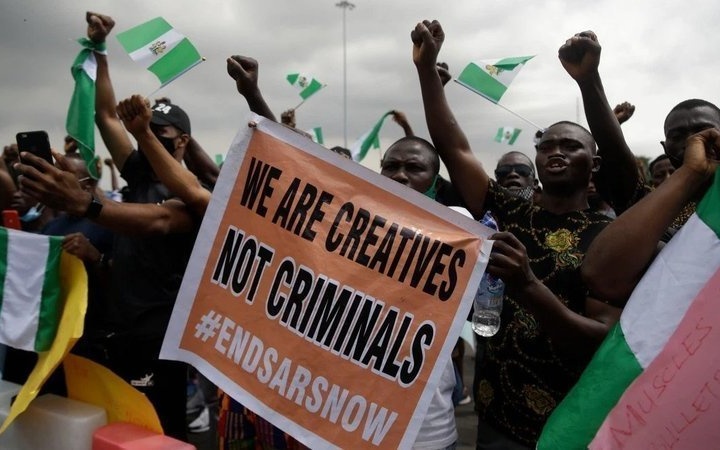 Nigeria’s #EndSARS movement, led by the young and diverse voices of Nigeria, resonated with a global audience. But the question remains: have the demands of the protestors been heard by the Nigerian Government?

In October 2020, a video was posted to Twitter which showed an officer from Nigeria’s Special Anti-Robbery Squad allegedly shooting and killing a young man in the south of the country.

In a social media phenomenon reminiscent of the police killing of George Floyd in Minneapolis in late May, the video quickly went viral, generating 10,000 retweets and sparking anger in the streets and online. Thousands of protestors, predominantly young Nigerians, marched with five key demands, centered around ending police brutality.

Nigerians’ relationship with police has a long, contentious history. With #EndSARS generating international attention, hopes were high that this could be the turning point in bringing long-sought reforms. However, initial progress seems to be stalling, falling into an all too familiar pattern of frustrated reforms.

A History of Violence

Formed in 1992, when Nigeria was under military rule, SARS was created to tackle increasing levels of crime. As cybercrime became more common in the 21st-century, the Squad’s targets were increasingly “Yahoo Boys”: young men assumed to be associated with the new crime phenomenon by looking “richer than they should be”. As Nigeria’s tech industry grew, so did the number of individuals fitting this description, but there was no change in attitude of SARS officers, with harassment and extortion occurring with increasing frequency.

Reports of torture and extortion in Nigeria, particularly at the hands of SARS, has regularly raised international concern. A UN Special Rapporteur in 2007 concluded torture and ill-treatment was “widespread throughout the country“.

The now democratic government responded to these claims, creating committees to assess the Nigerian police force and torture practices. However, this apparently had little impact, with reports by Amnesty International in 2014 and 2016 finding high rates of abuse and ill treatment of detainees. Nigeria’s police force was ranked the worst in the world, out of a survey of 127 countries.

Criticism of the pervasiveness of police brutality was not limited to international organisations. Nigerians used #EndSARS in 2017 to make their experiences and discontent known. Yet, in a now predictable pattern, promises to reform and disband SARS failed to reach fruition.

The video on Twitter acted as a catalyst at a time when, as barrister and teaching fellow Synda Obaji observed, ‘Nigerians were most clearly frustrated about the state of the nation … and of course the government’s failure to tackle these issues’. #EndSARS began to gain traction and trend worldwide, propelled by the anger of the Nigerian people.

The government announced they would disband SARS on October 11. Unsurprisingly, this did little to placate the protestors, who have heard this promise four times since 2017.

This time the protests surged on the wave of online success. #EndSARS topped global trends, gaining 3.3 million tweets by October 16 and garnered support from celebrities such as British Nigerian actor John Boyega and from Twitter CEO Jack Dorsey.

Four days later, Nigerian security forces killed 12 people when they fired at peaceful protestors. Even though streetlights and CCTV cameras were turned off, individuals were able to upload footage onto social media. An Instagram Live from Nigerian artist DJ Switch streamed images of the army firing into the crowd.

The Nigerian military initially resisted admission of involvement, claiming “misinformation”, and denied they had used live bullets against the demonstrators. They insisted that they were providing protection.

The army also used Twitter to label news articles, reporting on the shooting of protestors, as fake news. Three media outlets were fined by the Nigerian media regulator for showing footage of the Lekki incident, as Government officials adopted the rhetoric of blaming “hooliganism”. Even after the army admitted to using live rounds, the government continued to dispute reports. Information and Culture Minister Lai Mohammed decried a CNN investigation as fake.

More than three months after the events at Lekki Toll Gate, this denial persists. Amnesty International has accused Nigerian authorities of attempts to intimidate protestors, who have been prosecuted or had their bank accounts frozen.

Activists hoped for accountability through social media. Instead, it has become a contentious space as both sides’ messages are disseminated. Citing China and Ethiopia as models, Minister Mohammed has returned to a social media bill, proposed in 2019, prohibiting statements that purportedly threaten national security or “diminish public confidence”.

The Government’s effort to control the narrative on social media belies claims that they have heard protestors “loud and clear”. While President Muhammadu Buhari’s dissolution of SARS initially seemed promising, the action has been weakened by the redeployment of SARS officers will be redistributed, following psychological testing, and the creation of a new unit Special Weapons and Tactics, criticized by Gimba Kakanda in Time Magazine as “nothing more than a change of name and acronym”.

This lack of accountability has affected a panel of inquiry set up by the Lagos State Government to investigate SARS and incidents of violence. The army has ignored summons to attend and has disbanded its legal team, despite calls from the panel for a presentation by the defense. A surgeon testified about his treatment of patients from Lekki for gunshot wounds, but the hospital failed to submit case files. The panel has now been adjourned until February 27. As the process falters, University of Birmingham academic Synda Obaji has concluded that the Government’s “lack of political will” means that justice will “hardly be achieved”.

Despite the unparalleled success of the #EndSARS movement online, Nigerian authorities have evaded accountability.
Individuals are targeted over their courage to speak up while judicial proceedings flounder. The pattern of behavior that sparked protest has not been halted. Instead, it has been replicated, with hope diminishing at every turn. 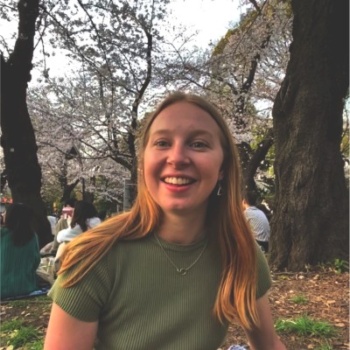 Isabelle Ingledew is a candidate in Liberal Arts and Natural Sciences at the University of Birmingham, focusing on Psychology and Political Science.