World Unfiltered: Why We Should Care About Armenia 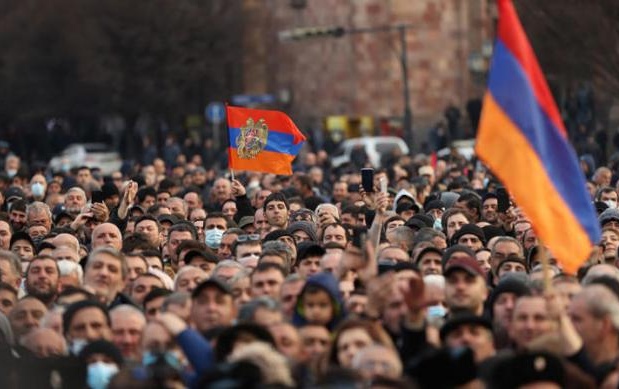 In a two-part special, World Unfiltered speaks with top analysts about the pivotal countries of Armenia and Azerbaijan in southwest Asia, three months after the two countries fought in their second war over the territory of Nagorno Karabakh.

Richard Giragosian, Director of the Regional Studies Center in the Armenian capital Yerevan, guides me through Armenian politics and society. Less than three years after its 2018 revolution, can the young system avoid erosion and decline at home and abroad?

See also World Unfiltered: Why We Should Care About Azerbaijan

[The interview was recorded before Prime Minister Nikol Pashinyan accused the Armenian military of an attempted coup, amid in-fighting about the defeat in Nagorno Karabakh, on Thursday.]

2:32: Why should the World care about Armenia?

4:35: What are the immediate issues for Armenia? The status of Nagorno Karabakh and conflict with Azerbaijan? A post-revolutionary government trying to regain legitimacy? Economic issues?

9:30: If you’re a government advisor, do you make Nagorno Karabakh your headline issue? Or do you actually try to put it to the side and focus on the pandemic and economic recovery?

11:20: Why has it not possible to get an accommodation over Nagorno Karabakh after more than 30 years?

14:20: Why did Prime Minister Pashinyan take such a hard line on Nagorno Karabakh?

16:45: Where do you go now with Nagorno Karabakh? Concentrate on Russia as the broker of the conflict? Confidence building measures such as transport links? Or a return to the Minsk process headed by Russia-France-US? 16.45-19.58

20:23: Do you sense the Biden Administration will return to the lead in the Minsk process alongside the Russians? Will Azerbaijan welcome back the Americans?

24:00: Is it possible for Armenia to set aside cultural dynamics and recent history for a rapprochement with Turkey?

27:05: Can civil society leaks reaching across Armenia, Azerbaijan, and Turkey as an alternative to the conflict of recent decades?

29:30: Is there a way out this year of erosion and stalemate for the government and, more importantly, for Armenians?